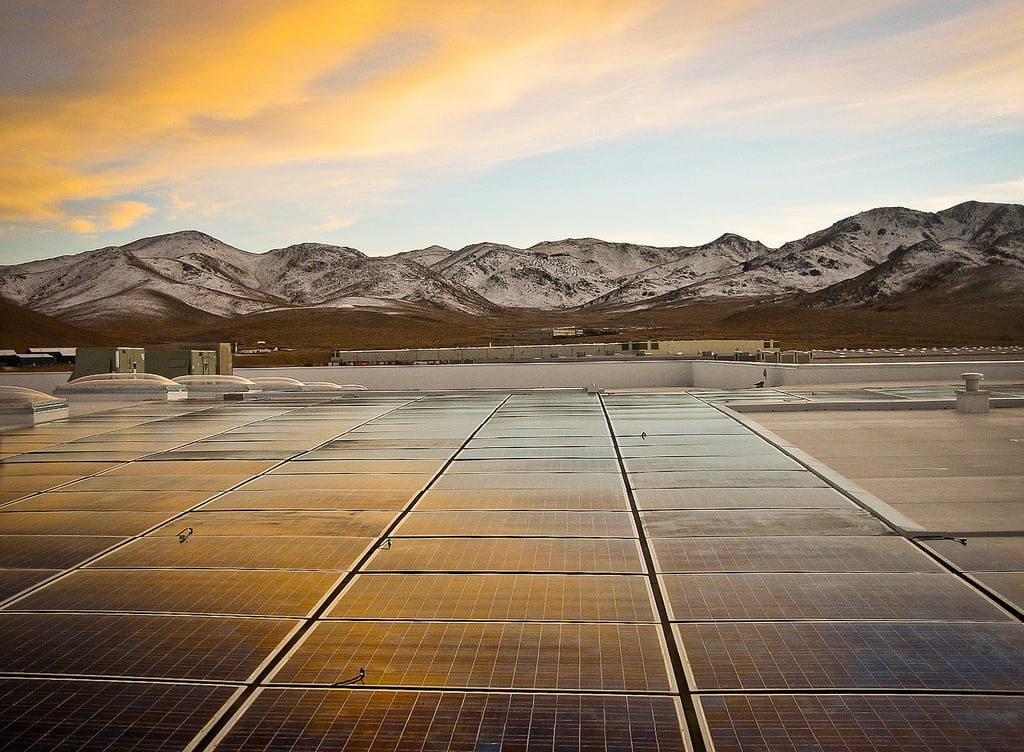 Launched last week by New York Representative Alexandria Ocasio-Cortez, the “Green New Deal” appears to pick up where President Franklin Roosevelt left off with his “Second Bill of Rights” announced in his 1944 State of the Union Address1. More manifesto than mandate, the Green New Deal seeks to be a lens through which legislators’ accountability would will be measured. Initiatives range from a 10-year transition to a 100% clean energy economy, infrastructure investments, guaranteed employment, debt free college, health care, and advancement of social justice and financial equity.

The central focus is climate change. The resolution indicates that it is the “sense of the House of Representatives” that the federal government has a duty to achieve net-zero greenhouse gas (GHG) emissions, invest in infrastructure and industry, and secure “for generations to come” clean air and water, climate and community resiliency, healthy food, access to nature, and a sustainable environment, while also achieving justice and equity objectives. Echoing the New Deal, these objectives are all considered a 10-year “mobilization” that will build resiliency against climate change-related disasters, overhaul aging infrastructure, and implement a zero-emission power system, backed up by carbon capture.

Climate policy at the national level is an important driver, but not the only one. Along the western U.S. seaboard, it is likely that climate cap-and-trade programs will be adopted by Oregon and Washington, establishing a market-driven response to climate change. Much work remains in the coming months to establish fair regulatory systems that truly integrate with California and Canadian cap-and-trade programs.

With one of the world’s largest economies, California’s original emission reduction goals were set forth in Assembly Bill 32 in 2006. AB 32 has now been in place for more than a dozen years, having survived legal challenges. California’s cap-and-trade program (a cornerstone of the California carbon reduction program) was extended last year through 2030, with deepened regulatory targets reducing emissions 40% below 1990 levels by 2030.

California concluded its 2018 legislative session with the passage of SB 100, increasing the state’s renewable portfolio standard, transitioning the electricity grid to 100% carbon-free energy by 2045. Governor Jerry Brown’s signing of SB 100 was coupled with the issuance of Executive Order B-55-18, directing the state to achieve carbon neutrality in all sectors by 2045 and net negative GHG emissions thereafter.

Based on 2016 GHG reporting, California has already met its 2020 GHG reduction target. From 2001 to 2016, the carbon intensity of California’s economy decreased by 38 percent, while the state gross domestic product grew 41 percent.

In the 2018 Oregon legislative session, two bills were proposed that would have established a comprehensive carbon regulation system. The “Clean Energy Jobs Bill” would have created a “cap-and-invest” program, setting a cap on GHG emissions. The bills did not move out of committee, failing to make it to floor votes.

On Jan. 31, the Oregon legislature issued its “Oregon Climate Action Program,” now in bill form as HB 2020. HB 2020 establishes a Carbon Policy Office charged with overseeing the implementation of the overall cap and trade/invest program. The Carbon Policy Office has the directive to meet a reduction in total levels of regulated emissions to at least 45% below 1990 emissions levels by 2035 and to achieve a reduction in total regulated emissions levels to at least 80% below 1990 emissions levels by 2050, through greenhouse gas emissions sequestration and mitigation.

In the final weeks of Washington State’s 2018 regular legislative session, all eyes were on Governor Jay Inslee’s carbon tax plan. SB 6203 died in the Democratic-led Senate. Had the bill passed, Washington would have been the first state to impose a tax on carbon emissions.

Shortly after the bill died, an advocacy group filed an initiative with the Secretary of State for the 2018 fall election to impose an aggressive carbon-pricing program. Initiative 1631 proposed to impose an annually increasing carbon “fee” until GHG reduction goals were met. Washington voters defeated Initiative 1631 by a 56-44% margin. Having failed to address climate change through a carbon tax, the Washington legislature is now working on concept legislation modeled closely on Oregon’s cap-and-invest bill.

Notwithstanding the “Green New Deal,” the western seaboard states are not waiting for Congress, nor are they placing their bets on congressional manifestos. These legislative programs acknowledge that a 10-year national target will not alone drive change. More than a decade ago, California initiated the nation’s market-based efforts to curb greenhouse gas emissions. Oregon and Washington are poised to expand that effort, linking carbon credits and offset programs into California and Canada. Assuming that the Oregon and Washington legislatures are able to address nettlesome challenges, the investment funds propose to incrementally infuse capital into substantial efforts toward climate resiliency and clean energy, over a long-term horizon.

[1]Roosevelt stated in part: “We have come to a clear realization of the fact that true individual freedom cannot exist without economic security and independence. ‘Necessitous men are not free men.’ We have accepted, so to speak, a second Bill of Rights under which a new basis of security and prosperity can be established for all regardless of station, race, or creed.” http://rooseveltinstitute.org/fdrs-second-bill-rights-necessitous-men-are-not-free-men/