Egypt project to produce 300,000 tons of green hydrogen per year

Protecting our environment involves significant challenges. Reducing the carbon footprint of energy production and the amount of waste we produce as a society are two of them. H2-Industries has embarked on a revolutionary project to create green hydrogen using proprietary technologies by using organic wastes as feedstock for its energy production while capturing CO2 and commercializing it, achieving carbon neutrality.

Countries and major industries are increasingly recognizing that one of the most promising routes to a zero-carbon future is the production and use of green hydrogen. However, creating green hydrogen has historically proven uneconomic. H2-Industries, using its proprietary technology, has developed a process to create large amounts of green hydrogen from organic waste at competitive costs. The green hydrogen produced from that process can be transported and stored, using other H2-Industries technologies, and released on demand for use in industry applications.

Following a multimillion $ investment, H2-Industries is now poised to undertake several projects which will convert organic waste, including plastic and agricultural waste and even sewage sludge, and turning same into useable hydrogen. That hydrogen can be transported into a “carrier fluid” referred to in the industry as LOHC, which can be transported and used to fill storage tanks much like diesel, but without the carbon emissions upon use. The waste heat from the H2-Industries’ process can be used for to generate power with steam turbines and generators.

Preliminary approval has been granted to H2-Industries by the General Authority for Suez Canal Economic Zone (SC°Zone) for the development of a 1GW LOHC Hydrogen Hub at East Port-Said which will be the first project of its type in the world. The hydrogen plant will be fed with 4 million tons of organic waste and non-recyclable plastic per year secured at the Mediterranean entrance to the canal.  The Suez Project will produce 300,000 tons of green hydrogen per year at half the levelized cost of current green hydrogen production technologies, taking the cost even lower than current levels for low-carbon and grey hydrogen production.

Executive Chairman of H2-Industries, Michael Stusch said: “This is an exciting opportunity and one that will take the tons of waste that collects in Egypt and turn it into green hydrogen. The Waste-to-Hydrogen plant is a breakthrough in making green hydrogen economically viable, helping not only reduce global CO2 emissions but also reducing the pollution and impairment of water resources in the country.”

Green hydrogen so produced can be sold and transported for international use in 20th century infrastructure, e.g., diesel trucks carrying H2-Industries’ LOHC or, alternatively, H2-Industries can create low-cost synthetic diesel (eDiesel) or sustainable aviation fuel (SAF), with the captured CO2 which is the only emission in this process, depending on international market demand for same. 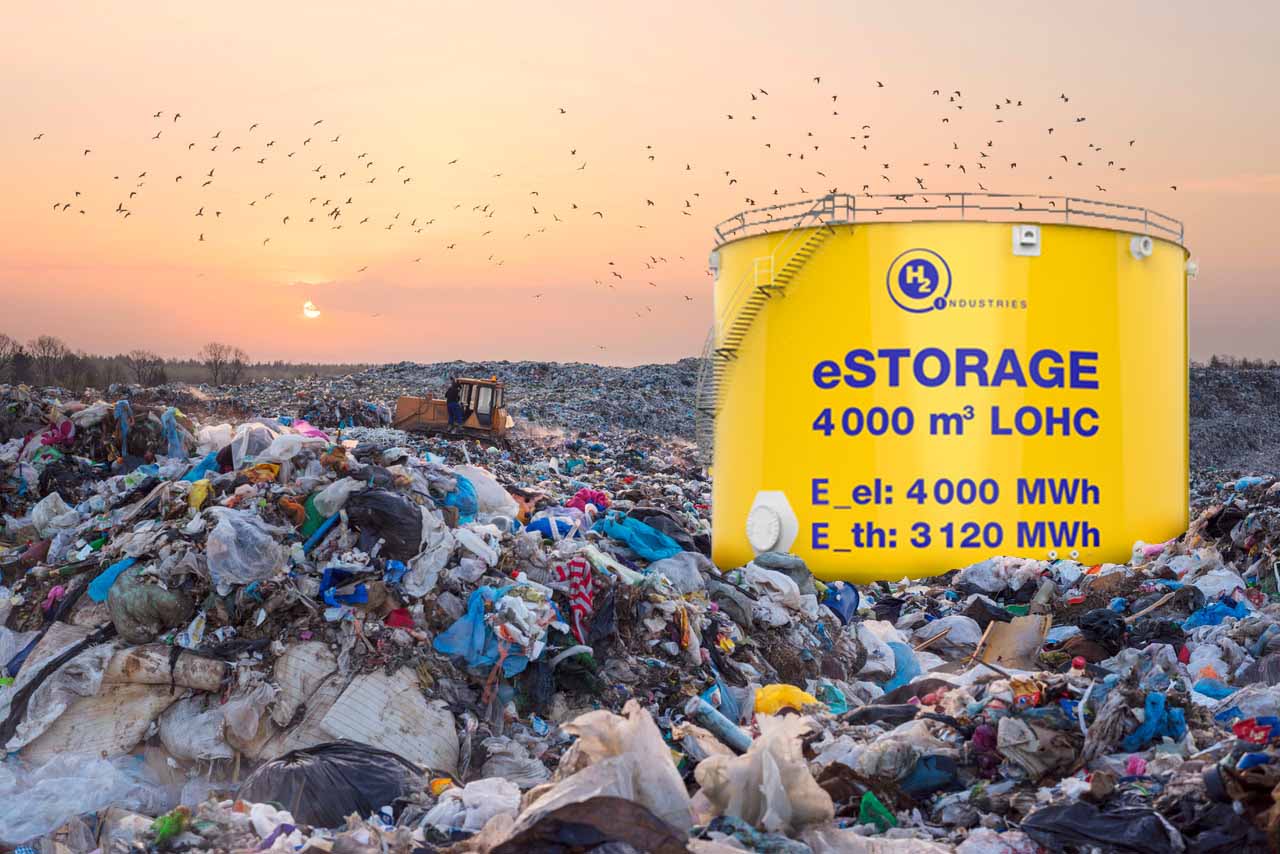