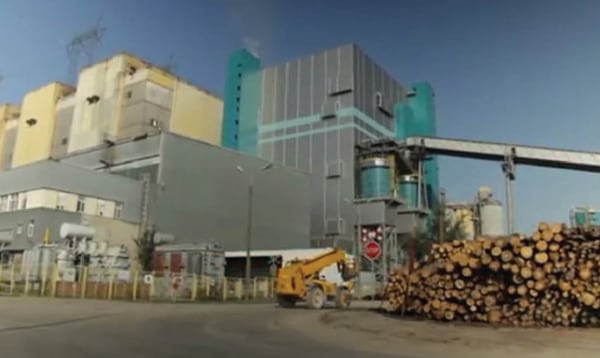 When Gérard Mestrallet, chairman and CEO of GDF SUEZ, set a target of doubling the company’s renewable energy capacity from 2007 to 2013, it seemed very ambitious. Projects like the Polaniec Green Unit have helped the company reach its goal with room to spare.

Historically, Poland has relied heavily on coal for electricity generation. International Energy Agency statistics show that coal generation accounted for 86.5% of total electric power production in 2011. The Polaniec facility has been an important contributor to that total over the years. The plant, built in the late 1970s, began with eight 200-MW coal-fired units. Through an upgrade process, all the units were increased to 225 MW by 1995, giving the facility a total capacity of 1.8 GW.

Like many other European Union members, the Polish government has committed to changing its energy strategy. The country identified several areas of focus, including improving efficiency, enhancing security, introducing nuclear, developing competitive markets, reducing environmental impact, and increasing the use of renewable energy sources.

On Nov. 10, 2009, Poland’s Council of Ministers adopted a new energy policy consistent with those goals. One of the objectives of the policy was to increase the use of renewable energy sources in the country’s final energy consumption to at least 15% by 2020 with further increases in the following years. The Polaniec Green Unit provides a reliable and consistent electricity supply, which supports that policy.

Bit by Bit a Shift to Biomass

Grzegorz Gorski, CEO of GDF SUEZ Energy Poland has commented that “10 years ago the idea was born, to do something better for the environment and change the fuel mix.” The plant began to slowly add biomass to the blend, increasing the amount almost every year. “It was a logical step to make a fully dedicated unit,” he added in a YouTube video.

So in 2007, the owners worked with Tractebel Engineering to develop a feasibility study. Recommendations were made regarding the process and selection of cutting, drying, and milling technologies. Suggestions were based on safety aspects and the capability to meet required particle size distribution.

With this information in hand, the company pressed forward, having Tractebel prepare an Environmental Impact Assessment (EIA). The EIA looked at the possible replacement of one of Polaniec’s coal-fired boilers, Unit 8, with a new biomass-fired circulating fluidized bed (CFB) boiler. In April 2010, a contract was signed with Foster Wheeler to design and construct the new unit.

The Foster Wheeler design allows a variety of biomasses to be burned efficiently and still meet tight environmental regulations. Foster Wheeler’s Advanced Bio CFB (ABC) technology enables a mix of 80% wood and 20% agricultural by-products to be used for fuel in the Polaniec Green Unit.

Foster Wheeler considers its ABC technology to be state of the art for biomass combustion. The ABC concept is the result of continuous research and experience from more than 400 commercial CFB references. Foster Wheeler’s responsibility for the project included designing and supplying the steam generator, auxiliary equipment, and biomass yard, as well as carrying out civil works, erection, and commissioning of the boiler island.

Polish regulations require a minimum of 20% agro biomass, which includes a variety of materials, such as straw, sunflower pellets, dried fruit (marc), and palm kernel shells. A major concern in the design process was the high-alkali content of this agricultural biomass. Pilot testing was conducted to determine if the advanced agro CFB concept would perform adequately under these conditions. The design passed with flying colors.

The Polaniec boiler has solids separators built from steam-cooled panels integrated with the combustion chamber, which avoided heavy refractory linings in the separator. The final superheating and reheating stages are located in special enclosures at the bottom of the furnace, adjacent to the main combustion chamber (Figure 1). Because they are located outside the main combustion area, they are protected from the fouling and corrosive environment of the boiler’s hot flue gas, thus resulting in higher steam temperatures. The design also provides good load-following capabilities and turndown ratios.

The ABC technology uses moderate fluidizing velocity in the furnace and features a full-step grid design in order to transfer heavy unfluidized particles effectively into the bottom ash removal system.

“The unit is indeed unique, as it is one of the largest in its sector,” said GDF SUEZ Chairman and CEO Gérard Mestrallet. “It’s a very original, ultra-modern unit. It features fluidized bed combustion, which is really at the cutting edge of combustion technology.”

A complete chipping line, which included a drum chipper and corresponding handling equipment, was supplied to the plant by BRUKS Klöckner GmbH together with Polimex Mostostal Warszawa.

Alstom was awarded a contract to retrofit the existing steam turbine to optimally match the new biomass configuration. In mid-2012, Alstom parlayed that work into a contract worth approximately €65 million ($89.6 million) for modernization of Units 2 through 7. Alstom also has an option to retrofit Unit 1, but the decision on whether to move forward with that upgrade is not expected until 2014. The upgraded steam turbines will increase efficiency and allow for capacity ratings of over 240 MW per unit, which will also significantly reduce CO2 emissions from the rest of the facility.

While GDF SUEZ is the largest independent power producer in the world, with over 117 GW of installed capacity and 7.2 GW more under construction, the company has developed a management approach designed to limit its environmental impact. It has embraced a strategy that targets 20% of electric generation capacity from renewables and has also optimized the energy efficiency of its production facilities in an effort to fight climate change.

The Polaniec Green Unit is a flagship plant that demonstrates the company’s commitment to this strategy. The boiler utilizes a low and uniform temperature profile in the furnace and staged combustion to help control emissions. Additionally, it is equipped with an ammonia injection system and catalyst—selective noncatalytic reduction plus selective catalytic reduction—for controlling the nitrogen oxide emissions. An electrostatic precipitator is used for controlling particulate emissions. With these measures, the Green Unit can adequately meet the required emission limits noted in Table 1.

Replacing the original coal-fired boiler in Unit 8 with the Green Unit enabled the project to meet its goal of saving almost 1.2 million tons of CO2 annually. As the world’s largest biomass-fired CFB boiler, the Polaniec Green Unit is a well-qualified POWER Top Plant.

The unit began commercial operation on Nov. 15, 2012, six weeks ahead of schedule. “It’s a beautiful showcase,” said Jean-François Cirelli, vice chairman of GDF SUEZ, “All the ingredients are there for it to be a success.” ■