It’s said that you can’t fight progress. Equally true is that some traditions never die. But sometimes, even an old tradition needs a little help from something new. That was the situation with an original equipment manufacturer, whose classic design for a split case gas compressor needed an infusion of some new technology to remain profitably on the market.

The design for this particular split case compressor, which is used by the oil and gas industry to reduce the volume of material and increase product flow, has been around since the 1950s. Demand for the compressor warranted continued production; however, the compressor’s failure rate during pressure testing for leaks was alarmingly high because fasteners joining its top and bottom halves were not maintaining the proper tension.

It was an expensive problem.

When a compressor’s assembly was completed, it would be transitioned to quality control for pressure testing. If a unit failed qualification, it had to be fully disassembled, re-machined to grind down surface imperfections where the halves adjoined, reassembled, rebalanced, and tested again. Unfortunately, this trial-and-error process often required as many as six complete pressure cycles before a compressor was given the green light. With every test failure, the disassembly and reassembly process had to be repeated. It was a time-consuming, costly way to make the product.

The Maxbolt has a built-in, on-board gauge and display that continuously measures and monitors fastener tension. Shown as a percent of minimum yield strength, Maxbolt measurements are accurate to within +/-5% of the fasteners’ design load. Not only is this far more accurate than the +/-20% accuracy provided by torque measurements, it’s also compliant with ASTM F2482-08 standards. 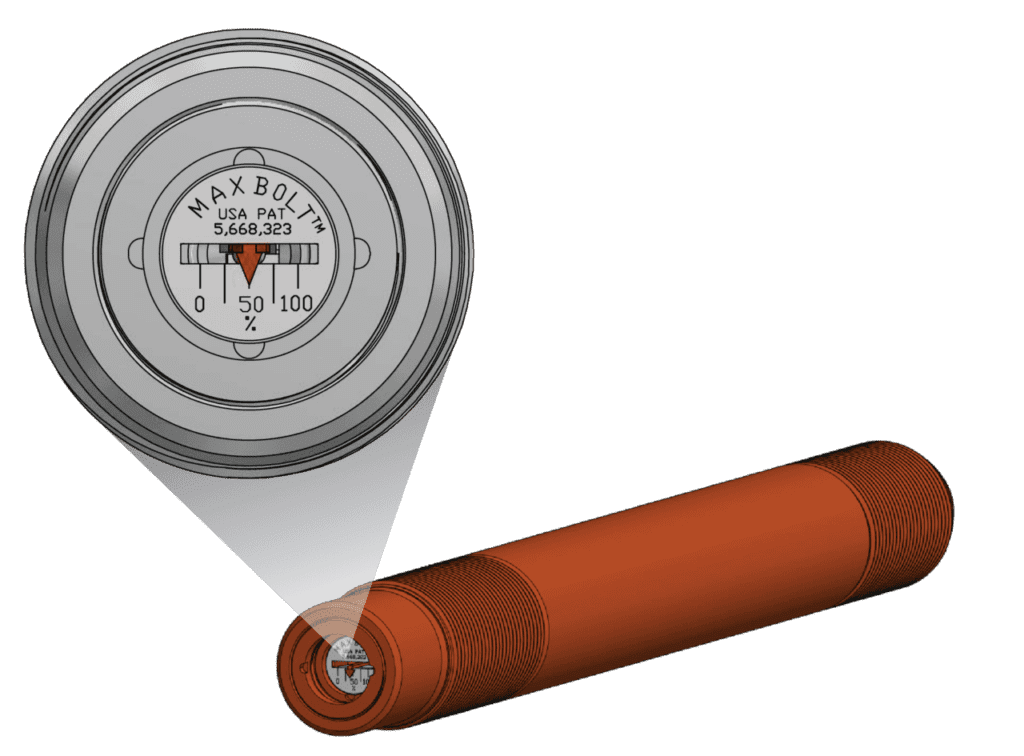 Denby believed the Maxbolt was the right solution for the application given that proper fastener tension is critical to the long-term performance of this split case gas compressor.

“These types of compressors need to perform for decades without ever being reopened,” said Denby. “By using the Maxbolt, the production crew can easily see and verify during assembly when proper tension has been achieved.”

The proof came at the first hydraulic pressure test conducted after the OEM switched to the Maxbolt. After rigorous qualification, it was evident the split case gas compressor had no leaks. Instead of having to tear it apart and start over again multiple times, workers were able to simply move on to the next compressor.

Also, installation of the Maxbolt was faster than that of the previously used studs, and they helped the assembly team ensure proper load on every bolted joint.

“The mightiest system can be brought down by seemingly small but critical components. Controlled bolting with Valley Forge load indicating fasteners has been able to save manufacturers and plant maintenance teams untold dollars in lost productivity and equipment failure prevention,” said Denby. “In this case, the time saved and the reliability achieved with the use of the Maxbolt has given new life to the product.”