Because oil refineries constantly have flammable and hazardous fluid coursing through a network of pipes, it’s imperative that all flanges and joints be tightly sealed. Not only are leaks expensive due to loss of product, even more costly is an unplanned outage or work stoppage to perform repairs. Still, in some processes at a refinery, leaking assemblies seemed to be a fact of life. Fixed- and rotating-equipment engineers have long considered it impossible to have a 100% emission-free environment, but now they can turn to a unique and patented product to meet their needs. 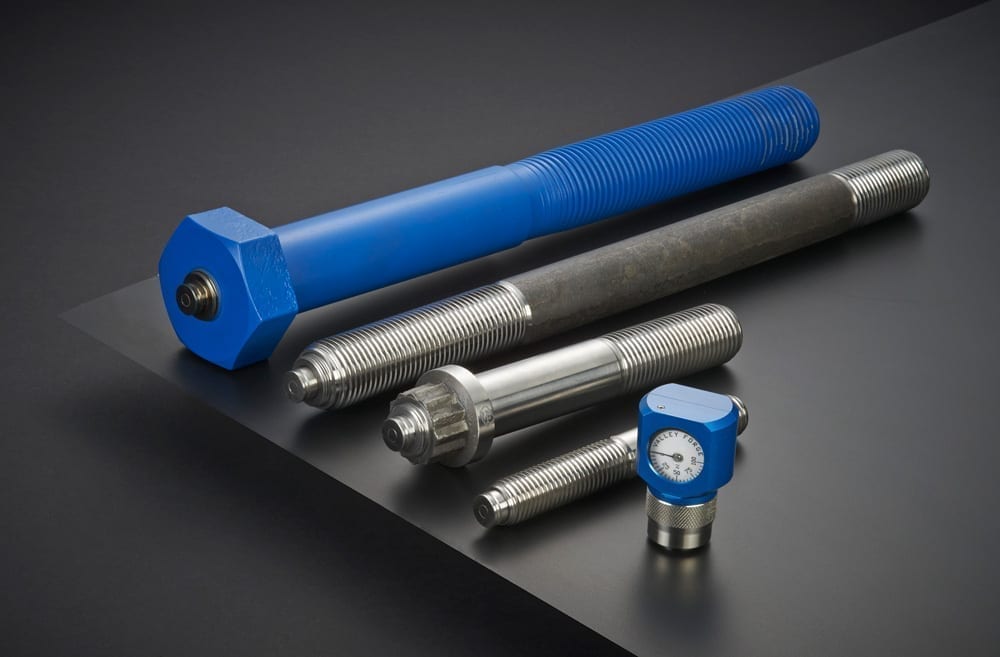 Each SPC4™ bolt contains proprietary technology that measures bolt load as it happens. A datum disc located on the end of the fastener relays the tension information to an SPC4™-compatible meter, which digitally displays the percentage of clamp load. Rather than relying on torque-to-tension formulas, plant personnel can now see the actual tension from within the bolted joint by simply touching the meter’s probe to the end of the SPC4™ bolt. Its tension readings are also far more precise than torque-based methods, accurate to within +/-5%, rather than +/-20%.

Maintenance and reliability staff at the refinery noticed a difference almost immediately as they were performing standard tightening procedures to install the SPC4™ bolts. In the past, when installing typical bolts, workers first made two or three star-pattern passes over each set of bolts, then two to three more passes in a circular rotation. After following this routine with SPC4™ bolts and stopping to read joint tension using the hand-held meter, staff could clearly see that they were not close to achieving the proper bolt tension required for the application.

A sudden realization swept across the team: they had been improperly tightening the bolts for years.

Continuing the installation process using SPC4™, the team soon understood that, in order to achieve proper tension load, they actually needed to triple and sometimes even quadruple the number of tightening passes. Some team members even questioned if they were overdoing it, thinking the tension readings they were getting from the SPC4™ bolts were inaccurate. It was hard for them to believe they had been under-tightening the bolts to such a degree for so many years.

The proof, however, came at startup. For the first time in the refinery’s history, it experienced a leak-free turnaround of the catalytic reformer. Afterward, the plant revised its standard bolt-tightening protocols based on knowledge gained via the load-indicating fasteners. Leak-free turnarounds can end up saving the plant millions of dollars each time scheduled maintenance is performed.

The SPC4™ bolts are paying dividends beyond startup, as well. Maintenance teams appreciate the ability to troubleshoot and monitor the health of the flanged assemblies after they have been put into service. They cite the convenience of simply snapping a meter’s probe onto the end of an SPC4™ bolt rather than traditional tensioning applications that require ultrasonic thickness measurements. 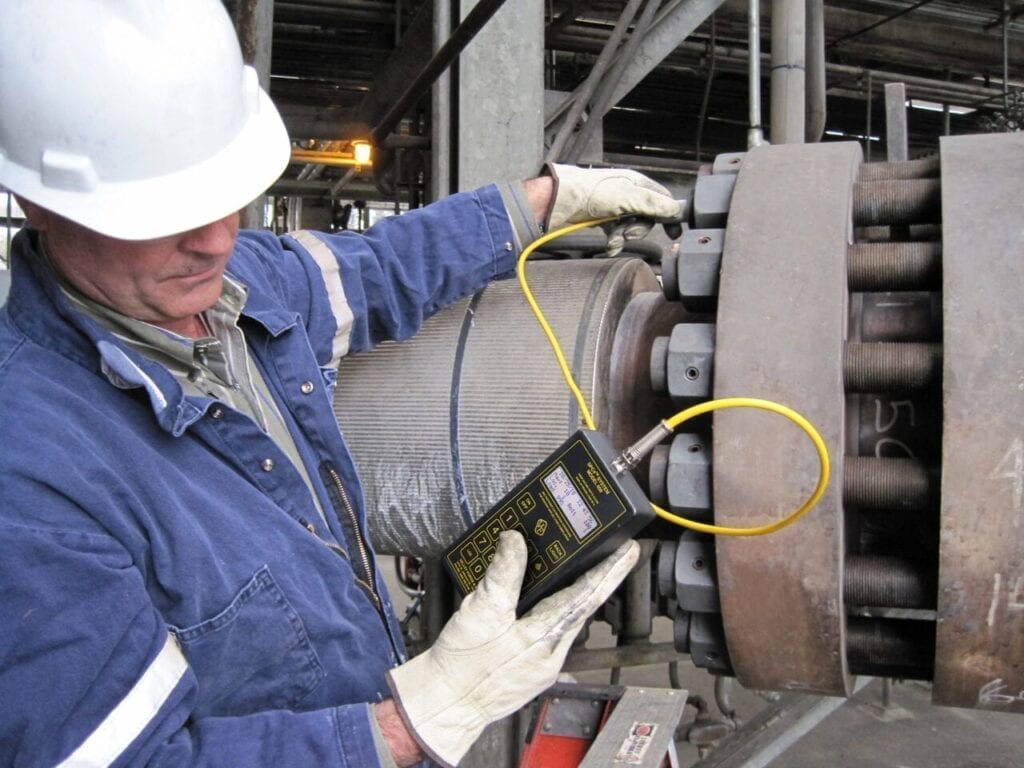 Using load-indicating fasteners on critical bolted joints in the refinery also helps reduce the instance of fugitive emissions. The U.S. EPA closely monitors oil refineries to guard against emission of harmful volatile organic compounds (VOCs), the release of which can carry penalties and stiff fines. SPC4™ bolts inform maintenance staff about optimal tension at flanges and other critical joints, greatly increasing flange reliability and making it easier to troubleshoot a loosening joint before emissions occur.

Due to the financial, environmental, and safety benefits of using SPC4™ bolts, the plant maintenance team is converting more of its critical joints to the load indicating fasteners from Valley Forge.

About Valley Forge & Bolt
Valley Forge & Bolt Mfg. Co. is a domestic manufacturer of patented bolting products for critical applications. These bolts and studs are widely trusted for their unrivaled quality, extraordinary performance, and enduring reliability. Email: POWER@vfbolts.com. Call: 1 (602) 269-5748. On the web: https://www.vfbolts.com/.