Heat exchangers are critical to the operation of power generation facilities, and leakage is the enemy of any heat exchanger. Breakdowns, often the result of thermal expansion, can be extremely costly and also have the potential to create safety hazards. Gasket failure usually gets the blame when leaks occur—but what if a change in bolting could help prevent leaks?

The fact is, nearly 95% of fastener failures are the consequence of poor fastener selection or improper installation. Not only are the resulting failures expensive, but they can even have catastrophic consequences. Choosing the right bolt for the application becomes of paramount importance.

Progressive plants with innovation-minded maintenance supervisors, engineers, and reliability teams who work together for long-term plant performance improvements are turning to bolts that accurately indicate their own load and easily display the information.

Valley Forge & Bolt manufactures a variety of sophisticated load indicating fasteners, which use proprietary technology to indicate actual bolt load from within the joint, displayed in real time. Engineers and maintenance personnel can conveniently verify critical joint load at any time, reading tension as a percentage of load from an analog gauge at one end of the bolt, a digital display from a hand-held meter, or a remote transmission from a wireless unit.

As a result, it becomes more apparent when bolts are beginning to lose tension and when joint failure might be imminent. Perhaps even more important, load indicating fasteners assist with applying the correct tension at the installation of the bolts. Proper initial preload can help prevent bolts from loosening while in service, improving equipment reliability and extending time between preventive maintenance cycles. 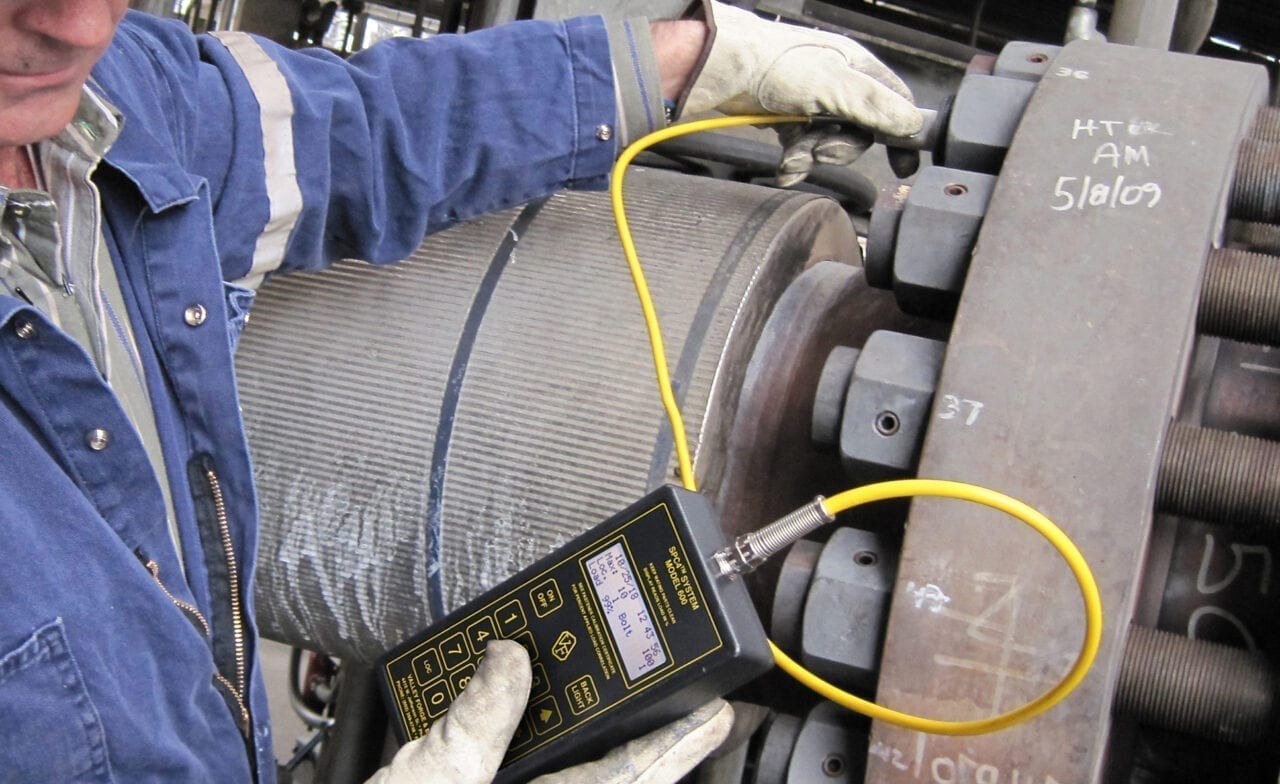 There are a number of assemblies found in most power generation facilities—fossil, thermal, hydro, and nuclear—where load indicating fasteners add integrity to the bolted joints. Here are three applications where the benefits are most obvious for maximizing plant safety and efficiency. In each of these applications, alerting maintenance staff to even the smallest loss of tension in real time allows them to immediately investigate, diagnose, and prevent equipment failure. Load indicating fasteners can prevent an issue before it occurs rather than perpetuate the cycle of fail, fix, repeat.

Using technology to improve the operational efficiency of power plants is not a new idea, but it has gained a foothold throughout the industry. As a part of this movement, proactive engineers and maintenance supervisors should also consider the data gained through the use of load indicating fasteners.

Valley Forge offers meters from which the gathered information can be uploaded to digital monitoring systems. Plant maintenance teams can use this data to form a larger picture of both the individual components and overall plant health, and then to formulate maintenance plans, troubleshoot hotspots before downtime occurs, and maximize uptime without compromising safety.

Load indicating fasteners are a relatively inexpensive way to use technology to improve the functioning of a plant. We’re at a watershed moment where the excuses of the past, often related to cost, are no longer valid. Who will be the ones to step up and embrace the ability to prevent maintenance issues instead of merely dealing with them? Time will tell.

About Valley Forge & Bolt
Valley Forge & Bolt Mfg. Co. is a domestic manufacturer of patented bolting products for critical applications. These bolts and studs are widely trusted for their unrivaled quality, extraordinary performance, and enduring reliability. Email: POWER@vfbolts.com. Call: 1 (602) 269-5748. On the web: https://www.vfbolts.com/.

The IEEE PES T&D Conference & Exposition provides an opportunity for the global community of energy professionals to exchange ideas and solutions equipping the industry for the complex challenges ahead.

2022 live event covering the full energy value chain for the power industry, delivering the best content with more relevant sessions and technology than any other power generation event.