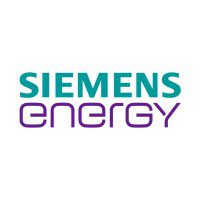 The evidence is already here: Sea levels are rising, glaciers are retreating and extreme weather events are becoming more common. The transition to clean energy is crucial to our future. But many questions remain unresolved.

#1 Fossil fuels are an answer

#3 Technology is not the issue

#4 Infrastructure is an issue

“The transformation we need to go through is complex and massive,” says Siemens Energy CEO Christian Bruch about the energy transformation. “We can see that the elements we’re driving today aren’t sufficient.”

The technological advancements of the past few years have given us hope, yes. But the current energy transition is a complicated process characterized by uncertainties and ambiguities.

So I recently sat down with Christian Bruch and other experts at Siemens Energy to discuss the realities they see behind the fight against climate change and came away with a list of truths we all need to address.

Populations and the demand for electricity are increasing. Major shifts in the geopolitical balance are at stake. Power grids are unprepared for the widespread electrification needed to decarbonize mobility, heating and cooling and industry. And the infrastructure necessary for climate-neutral fuels is underdeveloped.

If we are to limit global warming by 1.5˚C, we not only need to reshape the entire energy system, but we’ll also have to redefine our relationship with how we as consumers use and think about energy. These are uncomfortable truths we need to face. The list is undoubtedly incomplete, and each truth is intricately tied to the other, but it provides a starting point for an honest conversation about the complexities behind transforming the entire energy system.

#1 Fossil fuels are an answer

In 2021, the share of renewable energy increased worldwide by 8 percent and now accounts for almost one-third of annual global electricity consumption. China, India, the U.S. and the EU are all making progress, but there are major hurdles that prevent us from relying solely on these power sources.

For one, wind and solar energy are intermittent. We currently do not have the ability to effectively store surplus electricity from these sources for distribution on overcast and windless days.

For another, power grids were designed for a steady supply of electricity to avoid power blackouts. This is why natural gas, which burns cleaner than other fossil fuels, is an important part of the solution as a reliable complement to renewable energy.

The truth is that the expansion of renewables is not possible without expanding the use of bridge technologies, such as hydrogen-capable gas turbines, and if every coal plant right now switched to natural gas, it would cut CO2 emissions in half.

Moreover, gas turbines from Siemens Energy are already capable of running on 75 percent green hydrogen when the infrastructure for climate-neural fuels eventually fall into place. By 2030, gas turbines from the company will be 100 percent hydrogen ready.  But until then, we need solutions that can have an immediate impact today.

Every step toward being “greener” is better than not taking any steps, and better than waiting for perfect solutions.  So, while we continue to put more and more renewables into the system, let’s use what we already have to make a difference.

Everyone touts wind and solar as free sources of energy, but the reality is much different. There is a high cost to using renewables on a much bigger scale and replacing an energy system built on an entirely different model.

For example, in model scenarios that limit global warming to 1.5°C, the demand for electrolyzers, a crucial component for turning wind and solar energy into green hydrogen, will soar from today’s 300 megawatts to 5,000 gigawatts by 2050.

To get there, however, massive investments are needed. The EU is already investing €150 billion to accelerate the green transition and develop green hydrogen production in Africa. But shifting the global economy to net zero to mitigate the effects of global warming will cost around €54 trillion by 2050.

Even if fossil fuels don’t disappear completely, the shift toward renewable energies and green hydrogen will have a profound impact on the geopolitical landscape, especially on the oil and gas-producing countries of the world.

According to the 2021 Political Risk Outlook, countries most dependent on oil exports are also the ones with the highest risk of political instability. These countries will need to adapt to avoid serious economic consequences.

The procurement of raw materials for sustainable energy systems is also fractious. Iridium, a chemical element needed for hydrogen, to offer just one example, is mostly found in South Africa. A switch to green hydrogen in 2040 will require five times as much iridium as we use today.

All these changes will create entirely new global dynamics, with significant opportunities for some and substantial concerns for others, the cost of which we’re only just beginning to come to terms with.

Green hydrogen on the rise Down Under: Explore More

#3 Technology is not the issue

We have the technology to create energy with a much lower greenhouse gas footprint. While innovations are still necessary to commercialize these technologies at scale and make them affordable, technology is not the issue. The issue is how we become sustainable without leaving millions of people behind.

McKinsey reported that in Europe “the net-zero transition would create an estimated eleven million jobs while eliminating six million.” Similar gains and losses will be seen around the world, and regions whose economies have been tied to coal will be particularly effected and will likely bear the worst impact from decarbonization.

This is a massive shift and will require retraining and support for millions of workers if we want to avoid leaving large swaths of the population behind and underemployed.

Electricity consumption is also expected to double by 2040, especially in developing economies where populations are growing, electricity access remains incomplete and investments in clean energy are lacking. Progress should benefit everyone, and these issues need to be tackled sooner than later.

All of this will require a just energy transition with equitable distribution of the costs and benefits of climate change, along with new arrangements for social and economic growth. Without these things, we will be working toward a net-zero future without the people that future is intended to serve.

#4 Infrastructure is an issue

Adding renewable energy to the electrical grid will not solve the climate crisis on its own. Taken together, transportation, industry and heating and cooling make up the lion’s share of greenhouse gas emissions.

Without coupling these sectors to the power industry, we won’t achieve our climate goals. In 2019, the combined

emissions from industry totaled 36 gigatons – that’s nearly a quarter of global CO2 emissions. To stay on track to meet our climate targets, industry alone must save over five gigatons of CO2 per year.

The technology for sector coupling is here, but the development of its infrastructure continues to lag behind. What’s more, a changing energy mix will also have an impact on grid stability. Grids are currently unequipped to handle an influx of distributed energy generation, and sector coupling will not succeed until grids are expanded and upgraded. This is the only way to ensure that the electricity generated from renewables reaches the consumer regions with low losses along the way.

The magnitude of the work needed is immense. In Germany, according to the Federal Ministry for Economic Affairs and Climate Action, more than 7,500 kilometers of grid will need to be upgraded or added. In Brazil, estimates run to around 35,000 kilometers of new transmission. In the U.S., it will be more than one million kilometers.

With new lines taking upwards of ten years to be put into service, projects like these aren’t going to happen overnight and require a dramatic increase in capital spending, a cost that will filter down to consumers.

Efficient grid connections can industrialize wind energy: Find out how

The U.S. is committed to halving emissions by 2030. Germany is phasing out coal. China has set a target to become climate neutral by 2060. And the EU wants to achieve net-zero emissions by 2050.

More than 130 countries have set or are developing net-zero targets. But making these transitions is an immense task and everyone needs to pitch in: business, politics and society. It starts with being transparent about climate contributions, which creates accountability and helps us make informed decisions.

But it doesn’t end there. Businesses need to keep innovating clean technologies and develop new models for facilitating and trading clean energy, while politics needs to work on local and global international levels to deliver the appropriate frameworks for making those technologies feasible and viable.

Carbon pricing, for example, would offer companies an incentive to incorporate climate risks into the cost of doing business. And reforming fossil fuel subsidies would allow clean energy to compete on a level playing field.

The path to net zero will involve higher prices and society will have to face new paradigms with more conscious consumption. We may not be able to solve climate change as individuals, but the choices we make do matter.

The solution is to stop working and thinking in silos. Politics and business must work together to address the demands of society, while consumers need to understand the cost we will all have to pay for a greener future – and a healthier planet. If all three sectors work in tandem, we stand a chance of enacting true change.

Collaboration as a catalyst for climate action: Learn more

Berlin-based journalist Oliver Sachgau is specialist in energy and finance whose work has appeared in Bloomberg, The Washington Post, Fortune, and The Independent.

Honestly, we are uncomfortable.

North America is facing some uncomfortable truths when it comes to the energy transition: energy security, climate change, infrastructure issues, and affordability. Let’s work together to address them. 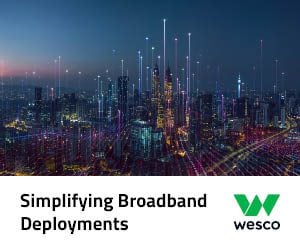