Even for the rapidly expanding gas-fired power sector, Dallas-based Panda Power Funds has been making waves. On Dec. 20, the private equity firm announced another deal: It has completed the acquisition and financing of Moxie Energy’s planned 829-MW Patriot generating station, a combined-cycle project to be located in Clinton Township, Pa. (Figure 1). Construction is to begin immediately, with commercial operation slated for mid-2016. 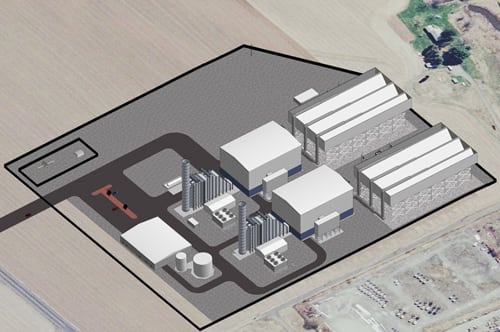 This follows a previous acquisition from Moxie in August for another combined cycle plant not far away, the 829-MW Liberty project in Asylum Township. Construction on that plant has already begun, with operations expected in early 2016.

The location of the plants is no accident: Both are located in the heart of the Marcellus Shale Play, and Panda’s intent is for the projects to take advantage of the glut of shale gas in the region, which has pushed gas prices to the lowest in the country because of persistent constraints on gathering and takeaway infrastructure. That will give the plants a competitive advantage in the PJM market, which the investment firm Tudor, Pickering, Holt & Co. estimated would amount to 9% of the average gas futures price for 2016—an edge that should last for at least five years.

The Liberty and Patriot plants are largely identical, both employing two integrated power islands fitted with a Siemens SGT6-8000H gas turbine, SST6-5000 steam turbine, and a hydrogen-cooled SGen6-2000H generator in a single-shaft configuration, with a Vogt heat recovery steam generator (HRSG). Both will use air-cooled condensers and are being built by Gemma-Lane under an engineering, procurement, and construction contract.

Yet these are only two of the seven combined cycle projects Panda has launched in less than 18 months. The others are: 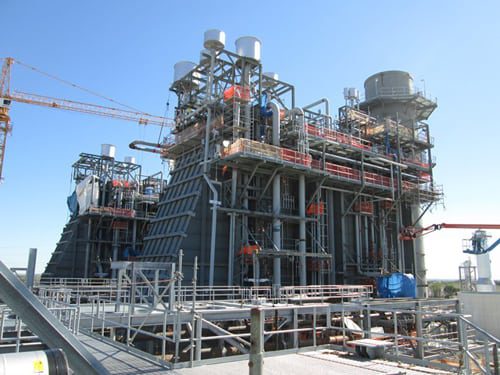 2. The Temple I combined cycle plant in Texas is expected to come online later this year. Courtesy: Panda Power Funds

Though 2012 and 2013 have been busy years for gas-fired power according to a recent report by SNL Energy, with 10 GW of generation changing hands in the first half of 2013 alone, much of the action has been with existing plants, a situation one analyst likened to “a used-car lot.” Panda has broken from the pack in aggressively developing greenfield plants and snapping up advanced development projects.

It’s been a bold start for a firm less than four years old. Panda Power Funds was organized as a private equity firm in 2010, taking over some of the assets and most of the management team and energy professionals of Panda Energy International (which continues in existence as a separate company, overseeing legacy assets). The plan was to develop power projects in markets that were short of capacity or soon would be.

Despite launching its first fund while the markets were still recovering from the global financial crisis, it was able to secure $420 million in commitments in late 2011. That first round went toward the two Texas plants and a solar energy project in New Jersey.

Closing the deal on the Texas plants wasn’t easy, even though the Electric Reliability Council of Texas (ERCOT) raised the caps on wholesale power prices during the process. Panda was unable to secure power purchase agreements for either plant, in large part because of the current state of the ERCOT market. Frustrated in its drive to secure conventional financing, Panda took the unusual step of creating a hedge for the banks backing the deal. Known as a “revenue put,” the method functions as insurance for investors on the plants’ future revenue by setting a floor on the projects’ gross margins, with Panda holding the bag.

It was a risky—and expensive—move, but Panda was convinced enough about the projects’ viability to take the chance. “In this situation, the reward of being a first mover in a market hungry for new power more than compensated for the cost involved in getting the projects financed,” Bill Pentak, Panda’s vice president of investor relations and public affairs, told GAS POWER.

The deal, having secured financing for two major plants in a highly unfavorable environment, was widely regarded as coup in the finance community. Still, Panda’s president and senior partner, Todd Carter, told the Houston Chronicle at the time, “This is not the way to build future power projects.”

What is? Panda is lining up with those calling for a capacity market in ERCOT as the best way to meet the region’s capacity challenges.

Between the Texas plants and its other projects, Panda has raised about $1.7 billion since 2011. Despite its record thus far, Panda is not limiting itself to greenfield projects. “We’re open to acquiring fully operating assets if such an acquisition makes economic sense,” Pentak said. Full plate or not, Panda isn’t taking a break this year, either. “We are actively looking at other opportunities for 2014.”