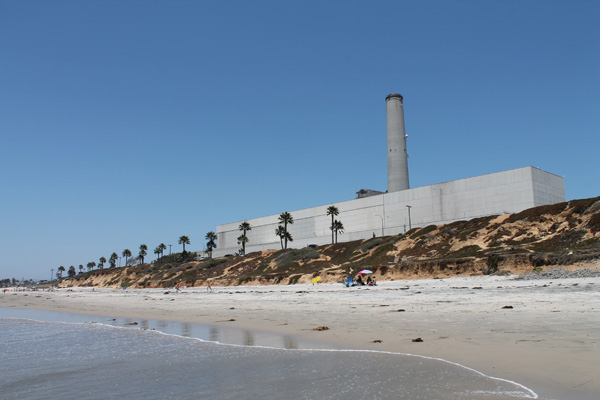 Carlsbad, Calif., is a laid-back coastal town in north San Diego County. Other than being the home to Legoland California, it is known mainly for its flower farms and beaches, which are favored by local surfers. But the city’s most visible feature is one most residents would prefer to avoid looking at—the Encina Power Station (EPS), a five-unit, 965-MW gas-fired thermal plant whose 400-foot-tall stack has been a landmark up and down the coast since the late 1970s. The stack is by far the tallest structure in the area, and on a clear day it can be visible from as much as 50 miles away.

EPS was originally commissioned by San Diego Gas & Electric (SDG&E) in 1954. Units 1 through 3 came online only two years after the city incorporated, and in recent years, the plant has been used mainly for peaking duty in the summer (though it has reportedly been running “all out” this year to cover for the nearby San Onofre Nuclear Generating Station, which has been shut down for repairs since January). It was originally built to run on fuel oil, but later switched to gas. Units 4 and 5 were built as part of an expansion in 1978 that added the towering stack. SDG&E eventually sold the plant to NRG Energy in the 1990s as part of deregulating the California power market.

The three older units at EPS have nearly reached the end of their design life, and NRG has been looking for ways to replace them since the early 2000s. In addition, EPS was essentially served with its death warrant in 2010 when the California State Water Resources Control Board voted to phase out once-through cooling for seaside power plants throughout the state. NRG has until 2017 to bring EPS into compliance, which would require implementing closed-loop cooling or adding advanced screening methods to avoid harming marine life. Both approaches NRG insists, are economically and technically infeasible for the aging plant.

In 2007, NRG proposed to replace Units 1 through 3 with a 540-MW two-unit combined-cycle power plant. Each unit would comprise a single Siemens Rapid Response SCC6-5000F turbine in 1 x 1 configuration with the heat recovery steam generator and steam turbine (Figure 1). The application for certification was filed with the California Energy Commission (CEC) in September of that year, setting off a long-running dispute with the City of Carlsbad. 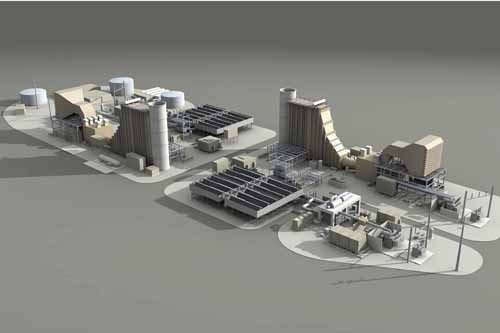 City officials have made no secret of their desire to tear down EPS in its entirety. Part of the dispute stems from the dramatic changes in the surrounding area since the plant was constructed.

Until the 1980s, much of the area was undeveloped farmland, and the Agua Hedionda lagoon, an artificially enlarged estuary from which the plant draws its cooling water, was mostly a smelly, silted-up mudflat (agua hedionda means “pestilent water” in Spanish). In recent years, however, the plant has become increasingly hemmed in by multimillion-dollar beachfront homes, luxury hotels, and upscale commercial development. Its nearest neighbors now include Legoland, a high-end shopping center, and the headquarters of the Gemological Institute of America, a major member of the world diamond trade. The lagoon was re-dredged in the late 1990s, turning it into a popular water sports destination and important regional wetland.

The 95-acre site upon which EPS sits is now potentially worth tens of millions of dollars, and the city is hoping to eventually redevelop the land to improve beach and lagoon access. The proposed new plant would be located on a portion of the site behind the current plant, on a spot currently occupied by the rusting remnants of the now-unused fuel oil tanks.

However, this plot of land sits between the railroad tracks that bisect the EPS site and Interstate 5, a spot city officials feel is potentially dangerous. The city’s position is that, because the new combined cycle power plant (CCPP) would be air-cooled, there is no need to place it near the beach. NRG’s response is that repowering the current plant makes the best of use of existing infrastructure, particularly electrical transmission capacity.

The CEC spent the better part of five years considering the application as the city, NRG, and an array of citizen groups filed one competing document after another. The debate became so acrimonious that in mid-2008, NRG took the unusual step of putting up an array of balloons—tethered at the height of the proposed plant—as a way of demonstrating its much smaller visual footprint compared to the existing stack (Figure 2). 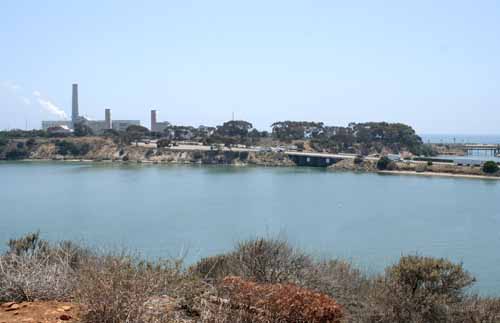 2. This rendering shows the proposed plant (the two short stacks on the right) adjacent to the existing Encina Power Station. Agua Hedionda lagoon is in the foreground. Courtesy: Carlsbad Energy Center


Later that year, the city mailed out glossy brochures opposing the plant to all of its residents, an undertaking that briefly got it in hot water with the CEC. The brochures contained pre-paid postcards addressed to the CEC that appeared to suggest it was soliciting input from Carlsbad residents (something the CEC does not do).

In 2009, the city council voted to ban construction of new power plants along the coast, though the vote had no legal weight (such decisions are within the CEC’s jurisdiction). Later that year, the CEC released its assessment of the project, declaring that the proposed plant met state and local standards.

As originally designed, the new plant would have drawn cooling water from the lagoon as the current plant does. The 2010 vote by the California State Water Resources Control Board to ban once-through cooling sent NRG back to the drawing board to add air cooling, precipitating more delays.

Another unusual wrinkle in this saga is the plan by San Diego–based Poseidon Resources to build a 50 million-gallon-per-day desalination plant on a part of the EPS site immediately adjacent to where the CCPP would be situated. The now fully permitted project has been in the works for more than 10 years, but construction has been held up by negotiations over a water purchase agreement with the San Diego County Water Authority. The ban on once-through cooling also created a hiccup for this project, which had originally planned to harness waste heat from EPS.

Another two years of hearings followed before the CEC issued its final approval of the plant in late May. The city has since filed an appeal with the California Supreme Court, but as the court has not been receptive to such appeals in the past, observers consider its likelihood of success to be slim. If all goes well, construction should start the first quarter of 2014, with commercial operation beginning in mid-2016. According to NRG, the estimated cost for the project will be around $500 million.

Though Units 1 through 3 will shut down, Units 4 and 5 will remain online after the older boilers are retired. NRG says the remaining elements of the old plant will be retired at some point once replacement capacity can be found and the California Independent System Operator approves the shutdown. Until then EPS—and its much-reviled smokestack—will stay up. Even after the current plant is fully retired, the site will remain mostly industrial in character, as the new plant will adopt the existing electrical switchyard and SDG&E substation, and the desalination plant will take over another portion of the site.

Meanwhile, NRG still needs permits from the Environmental Protection Agency, the California State Lands Commission, and the San Diego Regional Water Quality Control Board before construction can begin, and city officials have vowed to keep up the fight, despite CEC approval. “We left no stone unturned in this process but, ultimately, the state has the authority to overrule local laws and disregard public concerns when it comes to approving new power plants,” Carlsbad Mayor Matt Hall said in a statement. “It’s important to keep in mind there is still a long road ahead before this project sees the light of day, if ever.”

Hall insists the issues raised by the city and others opposed to the project, which caused the review process to go on far longer than planned, remain valid. During this time, he said, other energy projects have come online, calling the need for the project into question.

George Piantka, director of environmental business for NRG’s west region, was naturally more optimistic about the future of the plant.

“We are pleased that the CEC has upheld their approval of the Carlsbad Energy Center Project,” he told GAS POWER. Assuming the city’s appeal is denied, “[NRG] can turn our full attention to securing a power purchase agreement for the project, which will bring construction jobs and revenues to the region, and provide a highly efficient and responsive power plant to enhance grid reliability and stability. The new plant will have lower emissions, supporting state and federal air quality standards and greenhouse gas reduction goals.”

One key remaining hurdle is SDG&E’s application with the California Public Utilities Commission to purchase power from the plant. A coalition of environmental groups, led by the Sierra Club and the Natural Resources Defense Council, are opposing the application, which covers several other plants and plant expansion projects in the area. The groups dispute SDG&E’s estimates of future demand and gains from potential—but currently unfunded—energy efficiency initiatives. A decision is expected some time this fall.

—Thomas W. Overton, JD is POWER’s gas technology editor. He is a resident of Carlsbad. Follow Tom on Twitter