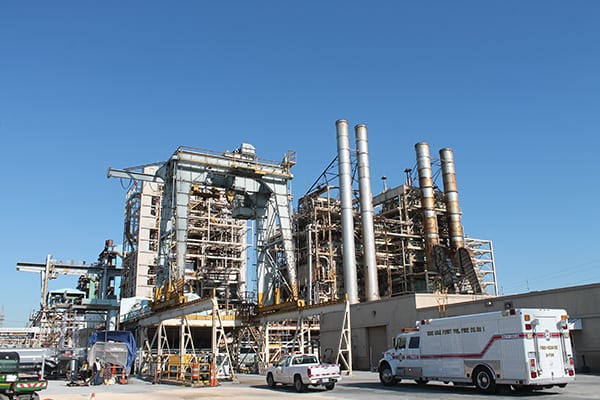 Human workers are imperfect, which is why there’s no magic bullet that will give you a safe workplace. But new research on human behavior and how that translates into safety attitudes is helping some in the power industry get beyond the traditional platitudes.

Safety first. Safety is no accident. Be aware—Take care.

Those and others are slogans most of us have heard hundreds, if not thousands, of times. Safety training and safety culture has always been an integral part of working in the power sector, and certainly no one wants to be hurt or killed on the job. But wanting to be safe and being safe are two different things.

Given the inherently dangerous nature of what it does, the power sector has made admirable progress in reducing on-the-job injuries. According to the U.S. Occupational Safety and Health Administration (OSHA), in 2014, only three workers in the entire electric power generation sector were killed on the job. Those are numbers that compare quite favorably to other industries: The OSHA fatal work injury rate (injuries per 100,000 full-time equivalent workers) for utilities in 2014 was 1.7, which is lower than for other industrial sectors and far lower than injury rates for the mining (14.1), construction (9.5), and agricultural (24.9) sectors. It’s even lower than the retail sector (1.8). Much the same holds for OSHA non-fatal injury rates.

Yet even three deaths are three too many, especially if they were preventable, as most on-the-job injuries are. What makes the difference between going home safe and going to the hospital—or worse?

Most safety professionals have recognized that traditional lagging indicators like OSHA statistics, while important, are of limited day-to-day use.

“Your core injury statistics are a good way to keep score,” Guy Starr, president of DZ Atlantic, told POWER in an interview, “but the problem is that they only indicate when an injury has already occurred.”

That’s why the focus in recent years has been on identifying leading indicators of potential injuries that can be tracked and used for prevention purposes. It’s an easy idea to state, but putting it into practice can be challenging.

Day & Zimmermann (D&Z)—a firm that serves the power industry with engineering, construction, maintenance, and staffing—has spent several years developing a program known as Behavior Observation Learning Tool, or BOLT. The BOLT system is designed to give site managers the tools to identify and track leading indicators like at-risk and unsafe behaviors, and these behaviors are corrected over time through positive coaching and discussion. That’s a common approach these days, but BOLT goes beyond this to create a framework for identifying the motivating forces behind unsafe behaviors. That allows plant staff to have deeper discussions about how to change behavior in the future.

While D&Z takes pride in a healthy safety culture, for BOLT, Starr said, “We have put a really good focus on our front-line supervisors. That has helped because it creates a dialogue between management and the workers. You are actually out there talking to people who really know where the safety hazards are in the field, and the people in the field are closest to the work.”

Mark Alderfer, director of projects for D&Z, explained the BOLT program in more detail in an April interview.

“It is a culture change, so we need to have the supervisor engaged in changing the craft labor’s beliefs, and we do that by changing their experiences, so they get positive experiences with the extra time to do the job safely and correctly. When you continue to affirm the actions that come out of that belief, you get good results.”

Supervisors and workers are trained in understanding and identifying safe, at-risk, and unsafe actions and behaviors, and stopping dangerous situations in “positive, no-risk actions,” Alderfer said.

All workers are empowered to intervene and stop at-risk and unsafe behavior, he said. But the tracking and accountability in BOLT are separate from these interactions—no names are recorded except for those of the supervisor. “We do go back and track the supervisors and the quality of the observations they’re making and compare them.” Supervisors who are not as skilled at spotting at-risk and unsafe behavior may be paired up with others who are further along the learning curve. The point is to prevent the system from becoming a punitive interaction focused on recordkeeping, and instead to change individual beliefs and attitudes in the field.

“When you can get to that grassroots level,” Starr said, “these guys understand that this is not punitive, we’re doing this to make sure everybody goes home safely.”

There are three levels of observations reflecting increasing behavioral sophistication. Supervisor observations are recorded in a database and tracked with weekly reports at the director level so behavioral trends are more apparent. The data can be crunched a variety of ways to identify the exact problems.

“You know that you are having issues with a certain type of unsafe behavior, so you can focus on that issue,” Alderfer said. What this does as well is identify supervisors who may need more help spotting safety issues, or who may be letting things slide. Alderfer said the system is efficient at spotting supervisors who may be inclined to under-report behavioral observations to make their area look good, because when that happens, the data tracking will start showing a mismatch between observations and ultimate safety results.

How has BOLT worked? On one site where D&Z works, the program has helped drive down injuries by 60% in a year and a half. There has also been a noticeable decrease in the number of at-risk and unsafe behaviors on site (Figure 1).

Furthermore, D&Z has been able to correlate trends in the BOLT system with the sorts of injuries that do occur. “On the job sites where risky behaviors were seen in the observations, those are the areas where we’re having problems with incidents being reported.” In contrast, those areas showing steady improvement in safe behaviors have seen commensurate reductions in injuries. “So it does correlate extremely well,” Alderfer said.

Another approach has been taking a more holistic view of safety and understanding how it relates to other issues such as quality of work. Some companies have taken steps to merge safety and quality assurance programs (see sidebar).

But beyond attention to behaviors is a better understanding of what makes human beings focus on safety from a psychological standpoint. There’s a growing belief that “top-down” safety management has inherent limits because, in certain ways, it takes away a worker’s autonomy and responsibility to keep him- or herself safe.

Jake J. Mazulewicz, director of JMA Human Error Solutions, told POWER he has seen this phenomenon many times in the field. “Many work teams and their leaders tell me, ‘So here’s another rule that we have to follow because it’s required.’ When I ask them why they think it’s required, they often shrug their shoulders and sometimes parrot back a well-worn sound bite or two. This compliance-based approach rarely seems to generate the kind of commitment that most effective safety programs need to thrive.”

While the top-down approach can work, it appears to have limits, and data suggest safety professionals are starting to realize this. A survey of safety managers across multiple industries conducted by BLR and eCompliance found that though safety is a responsibility of middle management at roughly two-thirds of the responding companies, 23% of those same safety managers felt workers should be leading their safety programs (though only 5% actually were).

“Many organizations with very mature and very successful safety programs are seeing low but stubbornly consistent accident and injury rates,” safety consultant Mark Pergrem of SAFEmap International told POWER in an email interview. “Even worse, some are seeing an increase in the severity of incidents that do occur.”

What’s the cause of this inability to further improve safety? “Two of the most common reasons why top-down safety programs fail are the (false) beliefs that humans are the ‘problem’ in safety and that compliance equals safe work,” Pergrem said.

“A flawed belief that humans are the problem in safety—that it is their fallibility and erroneous behaviors that cause accidents—results in actions and systems that blame workers,” Pergrem said. “Secondly, and closely linked to the above, is another false belief that compliance equals safe work. This approach fails to grasp the complexity of risky work, and in a harsh compliance regime there is little space left for the employee to contribute.”

The fact that management attitudes have a critical influence on safety culture is well known, but Wes Havard, site manager for operational excellence and human performance for Luminant, stressed that organizational structures matter as much as outward attitudes. “All behaviors are heavily influenced by organizational factors,” he said. “Every organization is precisely tuned to get exactly the behaviors it is getting, and management represents the main source of organizational tuning. Processes are not inherently safe—workers create safety.”

Disciplining workers for unsafe behaviors, by contrast, creates competing emotions that interfere with a focus on safety—workers become as much, or more, interested in avoiding discipline than in avoiding accidents.

In fact, studies have shown that human beings behave most safely when they believe they are primarily responsible for their own safety, because relying on “safety nets” can create a false sense of security in the brain.

Every power plant in this country regularly puts workers in complex contexts with instructions that are under-specified, under-resourced, under-trained, under-modeled, under-coached, and under-reinforced, combined with inherently flawed defenses,” Havard noted, “and the workers get it right 99% of the time. They are masters of dynamic adaptation, and that is exactly what we desperately need to be successful in the future, but we destroy that potential when we embrace [top-down] views of safety and engagement. Those who do the work know the problems and have the best solutions.”

That can be a hard pill to swallow for managers who believe safety needs to be tightly managed.

How to get beyond that attitude? Mazulewicz suggests paying attention to areas where workers have taken direct responsibility for safety. “Once you find a good exemplar, then learn as much as you reasonably can about when, how, and why they took responsibility for it. Seek the ‘ground truth.’ Take steps to make sure that people don’t just tell you what they think you want to hear. Be prepared to learn some insights that will challenge your assumptions and existing mental models. Inquire gently so you don’t disrupt the healthy, sustainable process that you’re studying. As you learn more, you’ll likely discover a handful of essential, non-obvious, company-specific insights that will be useful, perhaps even critical, to the success of your mission.” ■