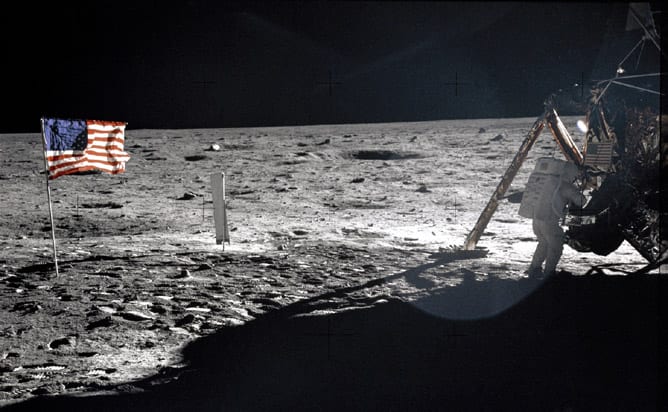 Fifty years ago this July, NASA successfully landed men on the moon and safely returned them to Earth. In this year’s documentary about the mission, Apollo 11, director Todd Douglas Miller draws on a recently discovered trove of film footage and uncatalogued audio recordings. Even though viewers know the ending, the never-before-seen footage from the space module and mission control makes for a gripping movie.

The reminder of this spectacular technological and human achievement comes at a time when we face a different sort of challenge that could prove even greater: Ensuring health and prosperity while reducing our carbon footprint. Some have compared this challenge to a moonshot. Whatever shape our lower-carbon future takes, megaprojects are sure to be part of the solution.

Megaprojects are very large projects costing more than $1 billion. The enormous scale of megaprojects makes cost and schedule overruns more obvious than on smaller projects. Even a small-percentage overrun, when converted to dollars, makes for dramatic headlines that can sour the public on future megaprojects, especially if public funding is involved. Putting a man on the moon was undeniably a megaproject, and the story of the Apollo program’s budget holds an important lesson for today’s megaprojects.

Soon after May 25, 1961, when President John F. Kennedy set the goal of putting a man on the moon, a preliminary cost estimate of $7 billion for this first-of-a-kind (FOAK) project was developed. That amount was deemed unrealistic by then-NASA Administrator James E. Webb, who revised it upward to $20 billion. Webb’s estimate shocked many; however, his calculation turned out to be remarkably close to the final cost. NASA’s history of the Apollo program notes, “It had been an enormous undertaking, costing $25.4 billion (about $95 billion in 1990 dollars).”

There were those in the ‘60s who questioned the value of the Apollo program, but imagine how much more negative public sentiment would have been had everyone’s expectations been pegged to the low-ball $7 billion.

The lesson for today’s megaproject developers is to avoid setting unrealistically low expectations for costs. This is not to suggest that budgets should be padded. Rather, costs can best be projected by employing best-in-class pre-project processes, which are considerably more complex for megaprojects than for other projects. That’s because megaprojects often incorporate FOAK elements. We’ve seen this in the power sector repeatedly, most recently with integrated gasification combined cycle, carbon capture, and Generation III nuclear projects.

Getting a Grip on Schedules

NASA’s task to put a man on the moon was successfully achieved five months ahead of the eight years and seven months allotted by Kennedy. The political goal of demonstrating superiority over the Soviet Union in space was a primary incentive, and government financing certainly helped the project reach completion ahead of schedule. But even with the best institutional support and motivation, success was not assured.

NASA gives much of the credit to excellent management. It notes that Webb, administrator between 1961 and 1968, “always contended that Apollo was much more a management exercise than anything else.” Furthermore, “Understanding the management of complex structures for the successful completion of a multifarious task was a critical outgrowth of the Apollo effort.”

The Apollo program, like today’s megaprojects, required a multitude of diverse parties to work together for the first time. In addition to NASA staff, the program included more than 500 contractors as well as researchers and resources from across the country. Despite its successes, the management process was imperfect.

There’s no question the Apollo 11 mission involved significant risk and that its astronauts were fully aware of them. After all, the Apollo 1 crew had died in a cabin fire during a simulation test. Flight director Gene Kranz later said that tragedy was the result of the entire NASA team being too eager to meet schedules and ignoring problems; in other words, the Apollo 1 astronauts perished because of management tunnel vision. That challenge persists for every megaproject, which is why third-party involvement has become a recognized way to mitigate the risk of groupthink.

What the Moonshot Teaches Megaprojects

Today, “moonshot” has become a familiar metaphor to rally support for just about any new endeavor. Yet, even in the realm of megaprojects, few initiatives given that moniker truly measure up to the difficulty of the actual first moonshot. Calling just any megaproject a moonshot is hyperbole. What’s not hyperbole is that the Apollo program’s foundational lessons still apply to all megaprojects: Don’t underestimate costs, recognize that added complexity will affect schedules, and manage the project as if lives and the future depend on it—because they do. ■