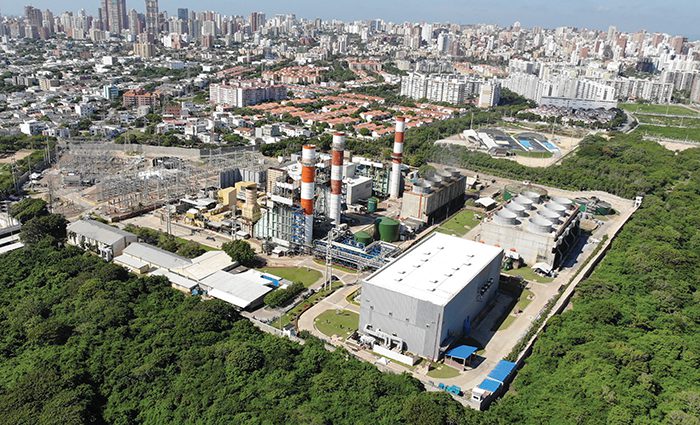 The 1993-built 610-MW Prime Termoflores gas plant in Barranquilla, Colombia, set out to boost its efficiency and ramp up performance to provide reliable backup to the region’s volatile, hydro-reliant power market. For the gains, which came from a custom-engineered set of projects that were exemplarily executed, Prime Termoflores is recognized as a 2021 POWER Top Plant.

The uptick of renewable power across the world has ramped up concerted attention on gas power generation’s crucial role as a backup power resource. But in Colombia, as with many of Latin America’s largest economies, that recognition has existed for decades. Though the nation is a natural gas producer and importer, the country has depended on hydropower for more than 70% of its installed capacity for most of its power-generating history, owing largely to its mountainous terrain and rich river systems that drain into the Pacific Ocean and the Caribbean Sea.

In 1992, however, that dependence steeped the country in a chronic power crisis when a shift in the Pacific current prompted an especially severe El Niño event and left its hydroelectric reservoirs at historic lows. That event triggered a series of power sector reforms that sought to diversify the country’s power resources via the introduction of a wholesale power market. While the reforms have since spurred reliability mechanisms and other measures, the power market is today characterized by highly volatile spot price outcomes given the unpredictability of hydro availability. To have any edge in the market, the country’s gas generators—which must also compete for about 30% of domestically produced gas despite the sporadic use of gas power—exemplary performance typically relies on efficiency achievements, however small they may be.

At Termoflores, a two-unit 610-MW combined cycle gas turbine power plant in Barranquilla, a major industrial city in the northern Caribbean Coast region, the stakes are even greater, given the region’s rapid urban growth and economic development, which is thought to be the highest in Colombia. “When the plant was built in 1993, it was sited outside of the city, but today we’re surrounded by new development,” Plant Manager Jose Serje told POWER. But the plant is also sited at a key confluence in the electrical system that requires its reliable performance, especially during El Niño phenomena, which often requires that “the plant will give all the power we have to assist with relieving transmission system constraints,” he explained.

Profitability, sustainability, and environmental responsibility are also key priorities, and they underlie Termoflores’ corporate mission. The plant is one of two Colombian thermal plants owned by EnfraGen LLC, a developer, owner, and operator of grid stability and value-added renewable energy infrastructure businesses across Latin American investment-grade countries co-headquartered in New York and Houston, he noted.

The Value of Workforce Ingenuity

Following yet another devastating El Niño pattern in 2016 that left large portions of Colombia parched and at severe risk of power blackouts, Prime Termoflores set out to identify all possible efficiency improvements. One caveat was that the plant team should perform any overhaul work without taking the units offline for a prolonged time, Serje said.

The opportunities were numerous. Flores I is a 160-MW combined cycle gas turbine (CCGT) consisting of a Siemens W501D5 combustion turbine and a Mitsubishi steam turbine. Flores IV, a larger unit of 450 MW, has two CCGTs, a Siemens W501D5 and a W501FC gas turbine, plus a Siemens SST-700/900 steam turbine. The plant consulted with its in-house operations and maintenance (O&M) team—skilled and experienced plant workers who are familiar with its components and processes—to identify energy efficiency solutions, as well as with a third-party company to conduct an energy efficiency study of the plant air compressors. Ultimately, it settled on several projects that would ensure a substantial reduction in internal energy consumption.

One project entailed changing out the three air fan coolers fitted in the Flores IV W501FC gas turbine hydrogen generator (Figure 1). “These coolers had reached the end of their lifecycle—they were 22 years old—after being exposed to high levels of corrosion due to proximity to the sea,” said Serje. After analyzing several alternatives, plant staff decided to change the technology from air fan coolers to water coolers, taking advantage of surplus water flow from the condenser cooling system.

“So, what we did was to quit all the glycol from the heat exchanger, get it out, and put water from the cooling tower that is available for the other system. So, we are using the same water to put through the generator and cool the hydrogen,” he explained. Part of the challenge was to replace the generator glycol-based cooling system “without adding new equipment,” Serje said.

Later, the team decided to pursue a similar project to switch out two fans for the lube oil system. “We decided to get these fans and use the same water of the cooling tower, and pass it through the plate heat exchangers and cool the lube oil of the gas turbine.” Currently, both systems are fed with water from the CC cooling tower, reusing two existing glycol pumps, he said.

Combined, the two projects led to the dismantling of five motors, resulting in a power savings of 85 kW. But they also saved another 75 kW after improving the operating point of the condenser cooling system pump. In all, the solutions also turned out to be money savers. Prime Termoflores (Figure 2) saved an estimated $890,000 with the solution when compared to having to replace the fan coolers.

Crucially, they also avoided an extended outage, which would have been detrimental to the company’s revenue. Plant workers spent two months in the middle of the pandemic building pipes and readying structural components. “When we were ready to do the connection to the actual system, we stopped the unit and made the connections. It took us only five days, and it was done during a combustion turbine planned outage,” Serje said.

Another project was inspired when consultant Neumatica del Caribe’s detailed efficiency analysis showed the unit’s two 150-kW instrument air compressors were not as efficient as they could be, particularly owing to their frequent starts and stops. “What [the firm] suggested was that a smaller compressor would be online for more time, but the net efficiency and power consumption would be less than starting and stopping every time,” Serje said. Plant staff ultimately decided to replace the large water-cooled compressors with a pair of 56-kW air-cooled compressors. The solution resulted in a power savings of 188 kW.

“That project taught us a valuable lesson that other plants may learn from,” Serje remarked. “Do an efficiency analysis to understand a compressor’s performance because it’s something you can’t see. You don’t know what the compressor is doing in the background to keep that pressure [with frequent starts and stops] and taking the pressure in low-loads.”

Plant workers, striving to maximize their efficiency gains, also made several smaller changes. One was to update the electric substation and power plant lighting using LED technology instead of metal-halide lamps. That alone resulted in a power savings of 18 kW. As remarkably, by improving operating procedures, workers found during one exercise that Flores IV didn’t need to use two circulating pumps as intended by the designer to operate at baseload. “We established that one pump will be enough,” said Serje. That resulted in an additional power savings of 1.71 MW.

—Sonal Patel is a senior associate editor at POWER.