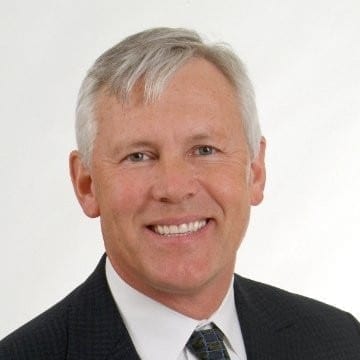 It will be some time before we know every detail that aligned to cause the tremendous number of sustained power outages in Texas, or the spiking power prices across all markets in the central states.

Some things we do know. Some natural gas supply was frozen in. Some wind turbines froze up, and ice damaged some power lines and caused congestion.

Even coal and nuclear were not immune to the carnage. Some units cycled down on Feb. 15 and have been slow to recover. During the early hours of the storm’s approach, all 254 counties in Texas, and all 77 counties in Oklahoma, were under winter storm warnings.

With the winter storm bearing down on Texas, record peak demand was forecast for the early morning hours of Feb. 16, exceeding 76 GW. With the generators already shutting down, power output fell to around 45 GW and remained at about that level. During the heart of the storm, reserve capacity dipped below 2.0 GW on several occasions, triggering scarcity alerts, and prices increased to the market cap of $9,000/MWh (Figure 1). At one time during the event, reserve margins declined to a low near 1 GW.

The Electric Reliability Council of Texas (ERCOT) presented some of the details behind the winter grid event in its first major news release on Feb. 17. The Texas grid operator said 185 generating units were tripped offline for multiple reasons since the storm erupted Monday. Those units totaled 46 GW of power supply, made up of 28 GW of thermal power, and 18 GW of wind and solar. Some of the drivers cited include limited gas supply, low gas pressure on pipelines, and frozen instrumentation.

Additionally, a major high-voltage transmission tie between ERCOT and the Midwest (600 MW) was unavailable due to emergency needs further north.  At the storm’s peak, nearly 5 million customers were without power, but as of 9 a.m. Eastern time on Feb. 18, the website PowerOutage.US was reporting about 500,000 without power across the state. The grid has been recovering at a rapid pace.

ERCOT turned heavily to natural gas from Feb. 9 through the early hours of Feb. 15. At that point, there was a drop in natural gas, coal, and nuclear power. Wind and solar were generating at low levels as well (Figure 2).

Natural gas infrastructure was particularly impacted by the cold temperatures, snow, and icy conditions. Everything from drilling sites to large interstate pipelines experienced freeze-ins and constraints that left power plants without supply or unable to burn fuel.

With the large number of coal plant retirements in recent years, dispatchable natural gas has become an even more important resource for power generation. The natural gas infrastructure freeze-ins combined with the increased demands for both power generation and heating needs created the perfect storm. Additionally, driven by gas shortages and infrastructure constraints, gas prices spiked (Figure 3). Once thermal units began to shut down, outages were inevitable.

There has been a lot of debate this week about what factor was most responsible for the grid stress. Driven by attractive economics and heavy investment, wind farms have grown rapidly across the state. On Feb. 18, there was roughly 30 GW of operating wind resources in Texas.

Additionally, coal is still a significant power generation resource in Texas—Feb. 18 saw roughly 19 GW of operating coal units. Since 2018, 5 GW of coal capacity has been shuttered across the state. Along with coal, there are currently two operating nuclear plants in the state accounting for about 5 GW of capacity.

Despite the relatively large wind capacity footprint, grid operators count little on wind power in their long-term forecasting. Natural gas, coal, and nuclear generally account for most capacity needs, particularly under high-stress weather events like this week’s winter storm. Many of these resources were not available either from freeze-in, or the inability to receive natural gas. Coal units have stockpiles that can fuel weeks if not months of electricity production. Nuclear generally runs around the clock and at near full capacity. Both coal and nuclear were cycled back slightly during the heart of the event.

What Do We Know About the Event?

We know that the weather impacted a wide swath of middle America running from the Dakotas to Texas. The widespread nature of the storm affected the natural gas supply and prevented some regions from moving power between them. Power demands were high across the large multi-regional footprint and electricity was in short supply.

We also know that gas supply was severely constrained, which resulted in significant price spikes across numerous supply regions. In addition, we know what fuels and resources generated the electricity that met the substantially reduced power demand resulting from the power outages across Texas and the other regions. The charts below, prepared by the Hitachi ABB Power Grids’ Velocity Suite research team, show some of the market dynamics.

In SPP, which like ERCOT, has a tremendous operating wind fleet, the winds ebbed around Feb. 7 and did not recover much until mid-day on Feb. 13. Most of the power generation came from natural gas and coal units, with diesel fuel and hydro kicking in when the winds slowed later mid-week (Figure 5).

MISO, the largest power market of the three, experienced similar constraints but performed relatively consistently through the period. Even with a balanced portfolio with mostly dispatchable and baseload resources, the region experienced price spikes (Figure 6), but by no means as high as what occurred in the Texas market. Across all three regions, nuclear provided a consistent predictable power supply (Figure 7) except for the slight decline in ERCOT that developed on Feb. 16.

It will take some time to unravel all the reasons that led to the grid failure in Texas and other U.S. power markets. The lessons learned will help electrical engineers and industry leaders to direct their focus on the technology and the investments that will strengthen the power grid for future storms and grid stress events.

Reliance on electricity is set to grow in every sector, from transportation to building to industrial. Many carbon-neutral goals rely on electrification, and we need to be prepared for that reliance.

Typical of major weather-driven events, there is no single reason for the widespread grid stress. There are many factors including freezing infrastructure, grid congestion, and the inability to receive gas supply. Having a balanced and diversified resource mix is the key to reliability. Investment in strengthening and weatherizing the grid is paramount to maintaining a reliable electricity supply under all possible conditions. The Great Winter Storm of 2021 will serve as an infamous reminder of how important electricity is to our economy, and to our high quality of life.