The average capacity factor for U.S. natural gas–fired combined cycle power plants (CCPPs) exceeded that for coal-fired plants in 2015 for the first time since the Energy Information Administration (EIA) has been keeping records, the agency noted on April 4.

Gas generation exceeded coal generation for most of 2015, though coal ended slightly ahead for the year as a whole, and the EIA has already projected that coal will fall behind in 2016. The latest 2015 data, however, noted another element in how the nation’s power mix is rapidly changing.

CCPPs, which account for about 53% of U.S. gas-fired capacity, traditionally ran only when all coal generation was online, but in the past decade they have become favored options for baseload generation.

The major driver in coal-to-gas switching over that period has been the price of gas, which has fallen from highs above $10/MMBtu in the late 2000s to under $2/MMBtu this year. That’s made coal-fired generation much less economic in many areas. 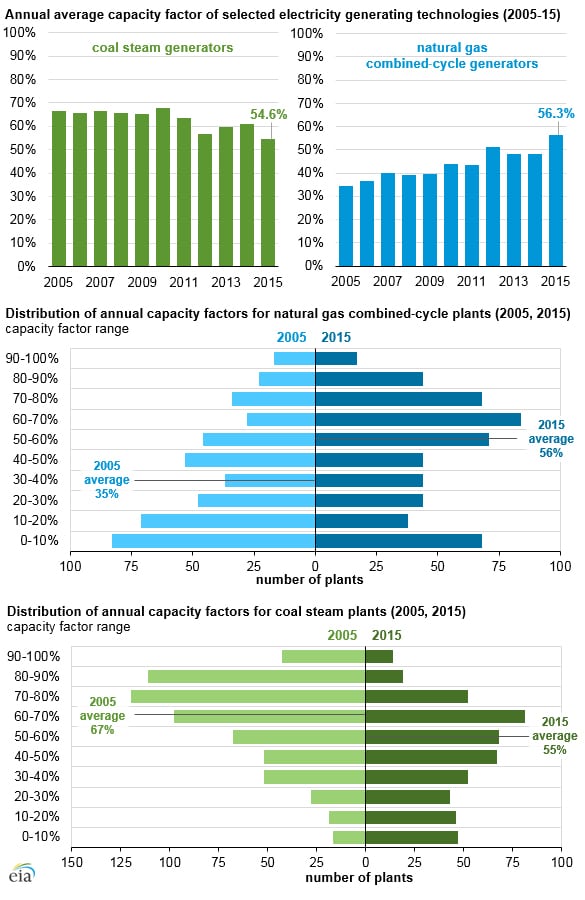