The month-old agreements that seemed to provide a lifeline for an array of coal-fired and nuclear power plants in Ohio owned by American Electric Power (AEP) and FirstEnergy have come under attack by other generators who say they can meet the demand at a lower cost to state taxpayers.

FirstEnergy, meanwhile, has proposed a 15-year PPA that would support continued operation of its W.H. Sammis coal plant in Stratton and its Davis-Besse nuclear plant in Oak Harbor (Figure 1). 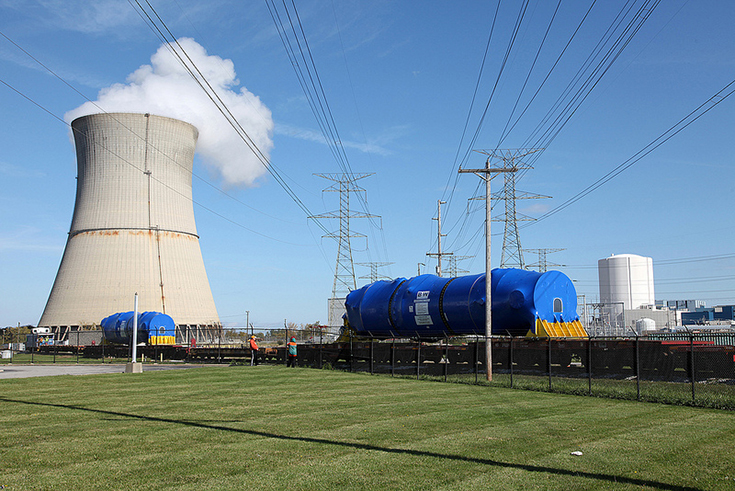 FirstEnergy and AEP have warned the plants could shut down on profitability concerns unless the PPAs are approved. The plans are awaiting approval by the Public Utilities Commission of Ohio (PUCO), and both have drawn opposition from trade associations and ratepayer and environmental groups.

But the PPAs will potentially raise costs for Ohio ratepayers, and that’s opened the door for competitors who say they can deliver the power for less. Estimates of the increased costs over the long term vary widely, but both plans involve rate increases in the near term.

On December 30, Exelon, which has no generation in Ohio, said it could deliver up to 3,000 MW for $2 billion less than FirstEnergy’s proposal.

Then, on January 12, Dynegy, which has been arguing against the PPAs for months, proposed two options of its own. The first undercuts the AEP and FirstEnergy PPAs by offering the same amount of power for $5 billion less.

The second proposes to build up to 6,300 MW of new gas-fired generation in Ohio using the rates in the AEP and FirstEnergy PPAs, under the rationale that the money should be spent on new generation rather than propping up old plants. Dynegy already owns about 5,400 MW of generation in Ohio as a result of its purchase in 2014 of Duke Energy’s Midwest assets; it said the new generation could be added at its existing sites.

“If the PUCO and other elected officials in the state are interested in protecting consumers’ and business’ long-term interests while ensuring long-term reliability and price stability,” Dynegy President and CEO Robert C. Flexon said, “then in lieu of accepting FirstEnergy’s and AEP’s proposals for long term power purchase agreements, the PUCO should adopt one of the alternate, superior proposals Dynegy is putting forth.”

Flexon added, “Dynegy agrees with Exelon that this process should be competitive.”

The proposal drew swift responses from FirstEnergy and AEP.

“Dynegy’s proposal offers few specifics and provides no assurances that its power plants in the region will continue operating over the long-term,” a FirstEnergy spokesman told local media. “As a Houston-based power marketer, Dynegy has an established track record of entering and exiting competitive markets.”

“There is no basis for Dynegy’s claims of cost savings,” an AEP statement said. “They are suggesting that they can provide generation at a lower cost based on inflated assumptions that do not reflect current market realities.”

FirstEnergy and AEP have both argued that their plants need to remain open for reliability reasons, and they have warned against overreliance on gas. Critics have pointed out that changes in PJM rules have firmed up gas supplies for the area’s gas plants. PJM itself has gone on record requesting changes in the PPAs because some elements could interfere with PJM’s market authority.

It’s not clear when PUCO will reach decisions on the various proposals, but hearings have been ongoing for several weeks and that process is not expected to be completed immediately. Ohio has a deregulated electricity market, but PUCO ruled in early 2015 that PPAs such as these could potentially be legal under state law. Not all details of the various proposals have been made public.