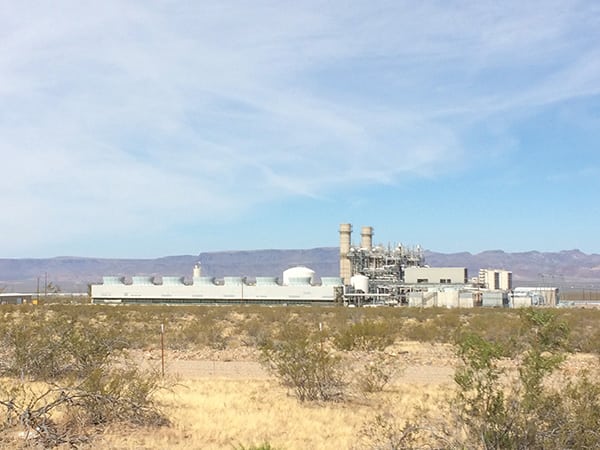 When gas-fired plants are required to cycle more than they were designed for, added stress on plant components isn’t the only consequence. You also need to pay closer attention to turbine catalyst systems.

Traditionally, many combined cycle gas turbine (CCGT) power plant units were designed and permitted for a baseload or similar operating profile. Startups and shutdowns were expected but typically were in the tens per year. These were often an equal combination of cold, warm, and hot starts.

Lower total demand in many markets, coupled with higher fuel prices, resulted in many units needing to change to two-shift cycling service. Plants would shut down for a few hours overnight and then start to meet daytime loads. Units with 200 to 250 starts per year were not uncommon.

Not only did frequent starts stress plant systems and components with respect to thermal loads, but operational issues such as control of steam temperatures and water and gas side chemistry also became more difficult. Furthermore, regulators began to pay more attention to higher stack emissions during frequent startups. More recently, higher use of renewables such as wind and solar generation created a demand for fast-responding backup and reserve capacity.

In response, suppliers began to offer fast-start CCGT plants to meet this demand with equipment specifically designed for fast start and loading. Existing plants began to implement extended range burners in the GT systems so that lower unit loads could be maintained while in emissions compliance. Some plants could shift from two-shift cycling to a low-load parking condition.

Figure 1 compares the operating profile of a conventional combined cycle baseload unit with that of a modern cycling unit.

Figure 2 shows operating data for a large combined cycle frame turbine unit. Load swings of 50% in less than 30 minutes are common several times each day to meet demand requirements. Also common are daily shutdowns during periods of low demand, often during daytime hours, when renewable energy such as solar is available or at night when combined heat and power demand is reduced.

Fast-start plants rely on rapid start and loading of the GT to reach full power as well as compliant emissions status for the combustors. This rapid loading puts large amounts of hot gas into a relatively hot/warm/cold heat recovery steam generator (HRSG). The HRSG then begins to increase steam pressure and flow with heat-up. This flow increase lags the GT ramps and challenges the limits on pressure rise in the high-pressure steam system. Both flow and temperature of the produced steam are controlled/bypassed to meet the initial conditions of the steam turbine startup.

The turbine exhaust gas (TEG) conditions from the turbines reflect the lower efficiency at part loads with higher exhaust temperatures. These temperatures can make it difficult to control steam temperatures with sprays or other attemperation methods such as steam bypass or dilution air.

For recirculating evaporator plants with steam drums, pressure ramps are typically set by the allowed thermal stress imposed on the steam drum. High-pressure (HP) steam drums can be from 5 to 7 inches thick, depending on size and maximum design pressures. This thick steel wall can easily have large thermal stresses as the interior surface heats up or cools down. Control of pressure by bypass or other venting is the method of moderating the thermal stress. Lower pressures produce lower saturation temperatures, which result in lower TEG temperatures at the NOx catalysts. This tends to produce a temperature lag at the catalyst during startup.

For HRSGs with once-through HP steam generators, feedwater flows once through economizer, evaporator, and superheater segments of the same tube flow path. There is less thermal mass in the HP evaporator segments and no steam drum. Fast-start plants often use once-through sections for this reason. For these plants, temperatures at the NOx catalysts approach target temperatures faster during startups.

Most CCGT units with new extended range turbine systems can decrease GT load to about 40% of full power. TEG temperatures are often greater at the inlet to the HRSG, but mass flow is considerably reduced. Drum pressures are usually regulated at the floor pressure of the system (typically 1,000 to 1,200 psig). These set a floor for temperatures into the catalysts of 550F to 570F. Operation of emissions controls at lower mass flows must be carefully controlled to avoid excessive ammonia slip.

Some GT systems like the Alstom GT24/26 with sequential combustion can go to very low loads (10% to 20% of full power). This can produce low TEG temperatures at the HP evaporator exits. Figures 3 and 4 show the temperature profile at full load and at parking load of a GT26. Temperature at low load is 520F. This plant was in a jurisdiction not requiring emissions catalyst, but this temperature and low mass flows could be an issue for current catalyst designs.

Catalyst-based systems for control of CO, NOx, and volatile organic compounds (VOC) are strongly affected by the conditions of the turbine exhaust gas. Oxidation catalysts are passive catalysts used to oxidize CO and VOC to CO2. Selective catalytic reduction (SCR) systems are active catalyst systems that require injection of a reagent containing ammonia (NH3) to reduce NOx to N2 and H2O.

Prior to 2001, turbine catalyst systems were designed primarily for steady-state, baseload operation. These systems had generous startup/shutdown windows, normally of 1 to 3 hours, and typically operated above 80% of maximum load. Between 2001 and 2005, the startup/shutdown windows were reduced to 30 to 60 minutes. Today, these systems can be required to start up or shut down in 10 minutes, while at the same time dealing with more frequent cycling, faster ramp rates, and wider load swings than ever before.

As a unit cycles, the temperature, flow rate, and concentration of emissions in the turbine exhaust entering the SCR/CO catalyst system vary. Exhaust temperatures will often depend on the pressure and steam production in the HP steam system and can vary by +/–100F entering the catalyst system. Also, because the lower-load operation introduces lower flow into the same fixed cross-section, the flow distribution differs from baseload, imparting gas velocity, ammonia concentration, and temperature variations at the catalyst inlet.

Turbine exhaust NOx and CO also spike during load changes, which can affect the stack emissions and require greater emissions reduction to maintain compliance during short averaging periods. Maintaining peak SCR system performance and low levels of both stack NOx and ammonia slip through these cycles requires precise control of ammonia injection. In some cases this may require updates to the ammonia flow control logic or even upgrades to the equipment and additional monitoring hardware.

An example of SCR operation with turbine cycling is shown in Figure 5. The variations from cycling operation are most apparent in the ammonia slip (the unreacted ammonia), shown in orange. Variations of 3 to 4 ppm are common. These variations in ammonia slip are most often caused by a lag in response time of the ammonia vaporization and injection system in reacting to changing ammonia demands. Some progress is being made to improve response times, but more improvement is needed.

In the permitting phase for modern cycling unit sites, permit applications must take into account these variations, but they currently do not. Regulations at the state and federal levels have reduced best available control technology (BACT) guidelines for turbines to between 2 and 5 ppm NOx and 2 to 5 ppm ammonia slip, both with averaging times as little as 30 minutes. In ozone nonattainment areas, air permit limits of 2 ppm NOx and 2 ppm ammonia slip are normal. These BACT limits required by regulations are not practical in cases with cycling operation, as illustrated in Figure 5.

Fast-start combined cycle systems are capable of startup in 10 minutes. Conventional SCR/CO system designs have demonstrated startup in approximately 30 minutes. Though the difference of 20 minutes may seem small, much happens in those 20 minutes, including heating of the SCR catalyst and ammonia vaporization system that are required for optimum performance. Figures 6 and 7 compare a conventional SCR system start (with a 1-hour startup window) to a modern fast-start system (with a 10-minute start requirement).

Even with a warm start, the fast-start system struggles to achieve compliance within 15 minutes. In many cases, particularly for cold starts, SCR systems cannot meet, or have difficulty meeting, the 10-minute startup requirement.

To bridge this gap between conventional and fast-start requirements, SCR system designs are being modified to remove thermal mass, improve response times of the ammonia injection and continuous emission monitoring systems (CEMS), and use modified catalyst products/designs that can reduce start times. Even with the modifications, 10-minute starts are often not achieved in practice from the SCR/CO system perspective, as shown in Figure 7. Some of these modifications include:

■ CEMS systems and NOx analyzers with faster response capability, as little as 5 seconds compared to 30 to 120 seconds for extractive sampling systems.

■ In some cases, where practical, a return to anhydrous ammonia systems to eliminate the need to vaporize the water (up to 80% water by weight) in aqueous ammonia solutions.

Modern emissions control systems are required to convert a greater percentage of emissions in engine exhaust, meet lower stack emissions limits, and do so over shorter averaging periods. All of these changes require greater engineering and higher cost for both new and retrofit systems. Operators of modern turbines need to provide additional oversight and maintenance of their emission control systems to ensure they continuously provide reliable performance.

Higher ammonia slip and potentially greater SO2 conversion in cycling and fast-start units create additional challenges for control of sulfur-bearing deposits in the colder HRSG areas. Low-pressure evaporators and economizers are particularly at risk.

Both current cycling and high-cycling fast-start units can be at risk. Units in reserve or standby for rapid start can experience high corrosion levels in fin tubes (Figure 8), as the deposited material tends to be hygroscopic and corrosive in humid environments. More frequent cleaning of gas-side tube surfaces may be required to prevent excessive backpressure and corrosion on HRSG systems.

Because the response of emissions catalysts to fast startups is a key element in plant performance and longevity, the HRSG, steam cycle, and emissions control systems in cycling and fast-start CCGT plants must be considered as a single system with multiple operational limits and goals. ■