Certain types of coal-fired power plants are capable of meeting the 636 kg CO2/MWh emissions limit in the Environmental Protection Agency’s (EPA’s) new source performance standards for new plants without relying on carbon capture and storage (CCS), but doing so will require leveraging cutting-edge technologies to improve efficiency, according to a new study from the Electric Power Research Institute (EPRI).

The general assumption underlying the EPA’s Clean Power Plan is that coal plants will need to deploy CCS to meet the standards. But CCS development has been both slow and fraught with setbacks. In the study, Can Future Coal Power Plants Meet CO2 Emission Standards Without Carbon Capture & Storage?, the EPRI looked at whether other technologies exist or are in development that could lower CO2 emissions enough to allow coal plants without CCS to meet the standards. “[T]he answer,” says the study, “is a qualified ‘yes.’”

That qualification, however, is a large one: The study found that neither advanced ultrasupercritical (A-USC) plants nor those employing integrated gasification combined cycle (IGCC) technology alone can meet the standards. Doing so requires changes in operation such as using high-quality bituminous coal, adding combined heat and power (CHP), or employing more cutting-edge technologies such as fuel cells and combustion turbines capable of operating above 1,700C (3,092F).

In particular, the study said, gasification provides “multiple pathways” for coal plants without CCS to meet the standard.

Conventional Rankine cycle steam plants, however, cannot meet the standard without CHP, which is limited by opportunities for off-site steam use. Even assuming significant advances in materials technology are achieved, even A-USC coal plants without CCS will struggle to meet the limit. EPRI calculations predict that steam temperatures around 1,125C (2,057F) would be required, conditions that are far beyond the limits of current technology.

CHP plants would be able to meet the standard if they incorporate at least 14% steam extraction for USC plants and 12.5% for A-USC plants. But making that happen could be challenging for large plants.

“An advanced USC plant producing nominally 750 MW of net electric power with 12.5% steam extraction would require a thermal load of approximately 150 MW,” the study notes. “Because only a modest number of thermal loads sized at 150 MW or larger are likely to be available, smaller advanced USC plants operating in CHP mode may represent a more widely applicable approach” (Figure 1). 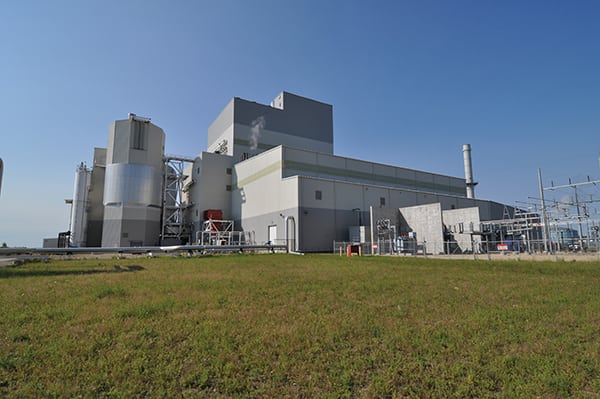 IGCC plants, by contrast, offer many ways of substantially boosting efficiency. Combustion turbines operating at 1,700C are expected to be available within the next decade, and an IGCC plant using such turbines would be able to operate at CO2 emission levels well below the EPA standard.

Combining closed supercritical CO2 Brayton cycles with oxy-fired IGCC would also result in substantial efficiency gains, the study says. Making this work requires bleeding off a certain amount of CO2 to keep combustion temperatures at manageable levels, but emissions would still be below the EPA standard. Such plants are currently in the research phase with backing from the Department of Energy.

Replacing the combustion turbine in an IGCC plant with solid oxide fuel cells (SOFCs) to create an integrated gasification fuel cell (IGFC) plant also offers opportunities for further efficiency gains. (Similar plants utilizing natural gas are already in development) IGFC plants operating at atmospheric pressure and using conventional gasifiers can meet the EPA standard, and adding more advanced technologies such as pressurized SOFCs and catalytic gasifiers can further reduce CO2 emissions, though megawatt-scale plants such as these are not expected until the 2020s.

2. Triple cycle. This schematic from Mitsubishi-Hitachi Power Systems demonstrates how a combined cycle plant could integrate fuel cells for greater efficiency. Though this plant is designed to use natural gas, the EPRI study suggests similarly designed coal plants without ccs could operate on syngas derived from coal. Courtesy: MHPS

Unfortunately, other than USC plus CHP, none of these technologies are currently market-ready.

“[A]mong all of the options firing sub-bituminous coal,” the study says, “none with potential to meet the standard are commercially available, economically viable, and suitable for broad deployment.”

While all are within reach, more research is needed before coal plants without CCS can meet EPA standards, the study says, both to commercialize the technologies and identify potential CHP applications capable of using large quantities of steam.

“Power producers interested in new coal plants could explore potential thermal hosts for cogeneration projects or the economics of gasifying and firing high-quality coal. Greater public-private investment in research and development (R&D) is needed to accelerate commercialization of gasification-based cycles and component technologies.”