When you receive a shipment, you don’t wait weeks to see whether you got what you paid for — do you?

J.M. Stuart Generating Station doesn’t, but it used to. Since coming on-line in the early 1970s, the big plant, on the Ohio River near Aberdeen, Ohio, mechanically sampled coal shipments as they reached the barge unloader. But analyzing the samples for sulfur content, total ash, and ash constituents in a lab took one or two weeks.

The delay became unacceptable in 2004, when management realized that boiler slagging was the most frequent cause of forced outages. With four supercritical 608-MW units, Stuart Station (Figure 1) ranks about 20th in the U.S. in coal-fired generation. It is co-owned by Dayton Power & Light Co. (35%), Duke Energy (39%), and American Electric Power (26%). DP&L operates all four units, which use selective catalytic reduction systems to reduce NOx and are scheduled to be equipped with SO 2 scrubbers by 2008. 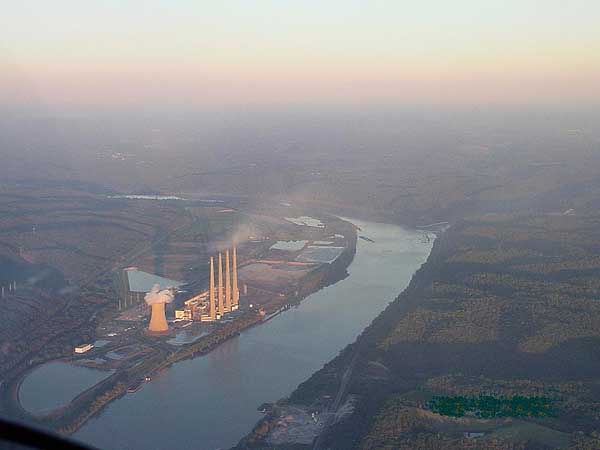 To increase the units’ availability, DP&L operators needed real-time data on the content of coal being received, stored, and burned (Figure 2). With that information, they would have a better chance of reducing slagging. After weighing several alternatives, plant management decided to install an XC-5000 on-belt coal quality analyzer from Sabia Inc. (www.sabiainc.com). 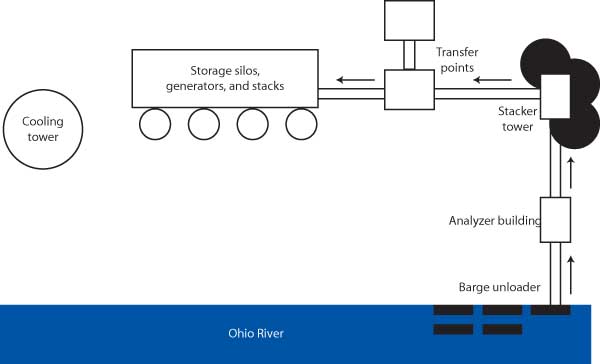 2. This schematic illustrates J.M. Stuart Generating Station’s coal-receiving and storage system. Up to 50% of unloaded coal goes directly to generating units. The rest is stored in 24 silos, which can supply the plant  at full capactiy for eight hours. Source: Dayton Power & Light Co.

The XC-5000 uses PGNA (prompt gamma neutron activation) technology to measure a coal’s sulfur and total ash content, and the constituents of the ash, in real time. Although many coal mines use PGNA units for sampling, few utilities do. Management reasoned that with power replacement costs averaging $15,000 per hour, avoiding even one major outage would cover the capital cost of the analyzer — about $200,000.

PGNA analyzers measure the quality of a coal sample by determining the concentrations of individual elements in it. For example, ash content is determined by summing the percentages (by weight) of ash’s constituents: silicon, iron, calcium, aluminum, potassium, titanium, etc.

PGNA technology itself uses a spontaneous fissioning nuclear source such as Californium 252 to bombard a sample with several hundred thousand neutrons per second. The elemental atoms in the sample capture a large number of the incident neutrons. These atoms become unstable but quickly restabilize by emitting an array of gamma energies. Because each element emits a unique set of gamma energies, spectral analysis can be used to identify which elements, and how much of each, the sample contains. The analysis takes into account the shape of the elemental peaks as well as their height.

To make the coal data usable for fighting slagging, management of Stuart Station hired General Physics Corp. (www.gpworldwide.com) as a combustion consultant. The company uses its EtaPRO monitoring system (www.etapro.com) to convert the raw data from the XC-5000 into trend data for display on operator workstations.

Stuart Station has used the real-time data from the PGNA analyzer as the basis for rejecting barge shipments (Figure 3). As a result, the plant’s many coal suppliers now are taking greater care to meet Stuart’s Station’s typical specs for delivered coal: a heating value of at least 10,5000 Btu/lb, an ash content of less than 15.24 lb/mmBtu, moisture content no greater than 9.52 lb/mmBtu, and sulfur content below 1.2 lb/mmBtu. PGNA measurements of ash and sulfur content are accurate within 0.5% and 0.05%, respectively. 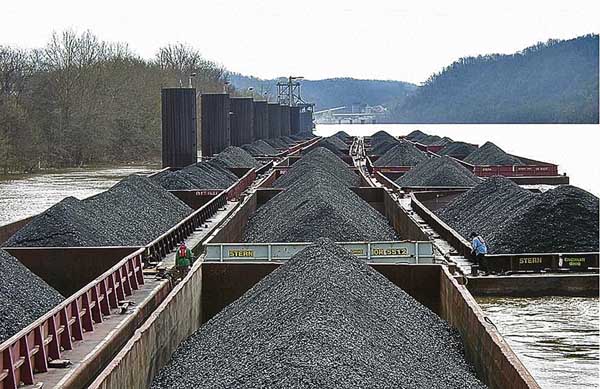 3. Typically, 10 barges deliver coal to Stuart Station every day. It takes about 45 minutes to unload each one. Courtesy: Dayton Power & Light Co.

A data link between the analyzer building and the unloader cab enables local alarming of out-of-specification coal. The unloader operator need only input the barge number and the start and stop unloading times.

Pleased with the performance of the integrated coal quality sampling and trending system, Stuart Station’s management plans to make it even more useful. It will be making the data summary screen easier to read and converting individual slagging indices into a single, weighted alarming metric. The plant also will change its coal specification to reflect historical, unit-specific slagging factors. Finally, all of the new data will be shared with the utility’s computerized fuel management system.

This article is a synopsis of a white paper by Steve Foster of Sabia Inc. and Mark Linsberg of Dayton Power and Light. It is available at www.sabiainc.com/papers.htm.