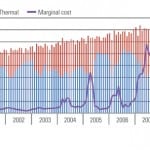 Chile was considered a world leader for reforming and liberalizing its power sector as early as the 1980s. However, 25 years later, Chile is at a crossroads in terms of developing future capacity. With an estimated GDP growth rate of 2% to 3% during the current global financial crisis, a highly competitive economy, an established democracy, and a stable macroeconomic environment, Chile is considered a premium destination for foreign investment. 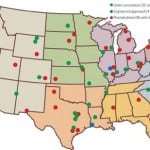 The expected renaissance for U.S. coal-fired generation has been more evolutionary than revolutionary: Less than half of the announced plants will likely progress to construction. However, the percentages for coal-fired plants aren’t significantly different from those for combined-cycle plants a decade ago, when dozens were ultimately canceled, leaving developers with warehouses full of unused gas turbines. The difference this time: The threat of carbon control legislation has moved many projects to the “wait and see” category. 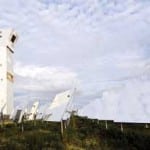 A solar thermal demonstration power plant in Jülich, Germany, that was developed by the German Aerospace Center (Deutsches Zentrum für Luft- und Raumfahrt; DLR), was formally handed over to its future operator, the Jülich Department of Works this August. 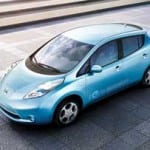 On August 5, President Barack Obama announced that 48 new advanced battery and electric drive projects will receive $2.4 billion in funding from the Department of Energy under the American Recovery and Reinvestment Act. The announcement marks the single largest investment in advanced battery technology for hybrid and electric-drive vehicles ever made. DOE funds will […] 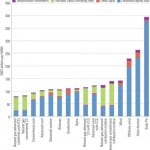 Carbon capture and storage (CCS) has of late gained steam as the best way to mitigate emissions of the greenhouse gas carbon dioxide (CO2) from fossil fuel power plants, despite evidence that the approach would require much energy and increase the fuel needs of a coal-fired plant by more than 25%. A new study from […] 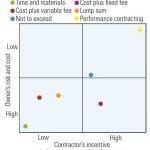 Is it possible to develop a business model whereby an economic dip can be used to a market advantage? One client uses a sports analogy to describe this opportunity: "We are between seasons, and we have an opportunity to recruit and retool our team for the future." This just might be the right time to retool your human resources processes to avoid past hiring mistakes and adopt new hiring practices that will maximize the life-cycle value of your company’s human capital. 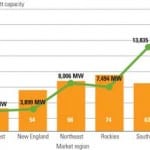 Over the past decade, the development of new natural gas – fired generating assets has been similar to an amusement park roller coaster ride — very high peaks and the lowest of lows, with fast and stomach-churning movement between. Expect the ride to continue into the near future.

“Engagement” was once the buzzword for employee satisfaction. That was then, say some HR gurus, but these authors argue that engagment is as important as ever.