The 400-MW Iowa Hill pumped storage project, planned for a site east of Sacramento as a means of dealing with ever-growing renewable generation in the area, has been canceled by its developer, the Sacramento Municipal Utilities District (SMUD), because of spiraling costs.

The Iowa Hill project (Figure 1) was a planned expansion of the Upper American River Project at SMUD’s Slab Creek Reservoir near Lake Tahoe in El Dorado County. Original projections had the facility costing around $800 million, but in the most recent estimate, costs had ballooned to $1.45 billion. In making the decision to cancel the project, SMUD said that was just too much. 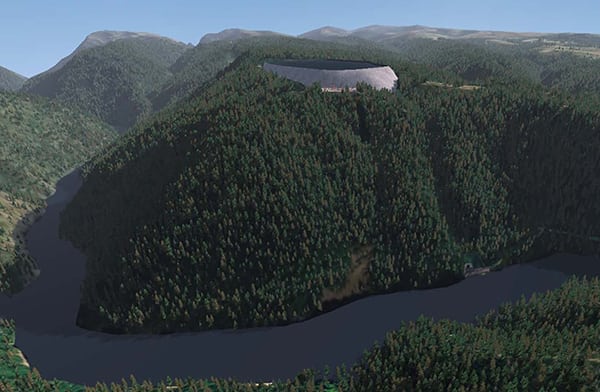 In a statement released February 5, SMUD said going ahead with Iowa Hill “would significantly limit the choices SMUD has with regard to future distributed generation technologies and significantly [constrain] SMUD’s future capital investments.” Further, Iowa Hill was bigger than it needed be: Projections estimated that less than half of its capacity would be needed prior to 2030.

SMUD is not turning its back on energy storage. However, it has decided to go for smaller and more cost-efficient solutions. “[I]t is likely there will be more economical alternatives for satisfying Sacramento’s energy storage needs in the long term.” Among those it mentioned were lithium-ion batteries and compressed air storage. The utility is also looking at a new transmission line that would enable more power to be imported from the Pacific Northwest.

The decision leaves only one major pumped storage project in advanced development in California, the 1.3-GW Eagle Mountain facility near Desert Center. That project, which plans to reuse vacant mine pits on the site of an old iron mine adjacent to Joshua Tree National Park, has passed several permitting milestones but remains controversial with local groups and has not yet begun construction.