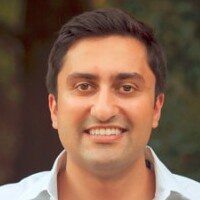 President Biden’s signature infrastructure law aims to, among other objectives, propel America forward in transitioning to a clean energy economy. If its proposals are executed properly, I’m confident that it will succeed in that goal.

The new law will help the U.S. catch up to countries like China, who have been beating America in the race to lead in alternative energy development and adoption. It will accomplish this goal by making the U.S. a central destination for the production and management of clean energy technology.

Of course, we wouldn’t need to catch up if we hadn’t fallen behind. In the first wave of the energy transition, U.S. policy mostly involved encouraging the use of solar and wind energy, and transitioning the power sector to using renewables at the expense of coal. In the initial development of solar and wind power, too much emphasis was placed on goosing demand and too little on building out local supply chains in solar panels and batteries. Further, we made insufficient progress on greenhouse gas emissions management, evidenced by our limited progress on carbon capture to date. Where we left an opening, other countries filled the gap.

We must be better prepared with supply chains that serve the second and third waves of the energy transition, which will occur in the coming decades. The second wave will involve emphasizing electric vehicles and renewable fuels over conventional diesel, and finding use cases for clean hydrogen. The third wave will focus on areas of the economy hardest to transition—steel, cement, and the remaining oil and gas infrastructure—by incorporating hydrogen as a replacement fuel and long-duration energy storage solution. It will also involve capturing, storing, and utilizing enough greenhouse gas emissions to forestall the potentially catastrophic effects of climate change.

In looking to the future, we cannot ignore the present. Opportunities still exist for America to make a dent in the current, first wave of the energy transition, particularly in easing regulations related to solar and wind.

In addition, internal combustion engines will continue to operate on our roads decades into the future. If we can provide direct support to the agriculture industry, producers will have an easier time developing and distributing soybean oil and used cooking oil for conversion into renewable fuels for conventional cars and planes. This is especially important considering how today’s supply chain frustrations are slowing progress in the solar and battery sectors. Without support, our domestic agriculture industry is set to face the same fate, as it will be ill-prepared to provide enough renewable fuel to keep up with future demand.

The recently passed infrastructure law will help correct America’s imbalance between supply and demand created in the first wave of the transition. With an eye toward the second and third waves, the law allocates $7.5 billion to build up our electric vehicle charging infrastructure. It also funds $27 billion in fuels and technology infrastructure, a broad category that includes carbon dioxide transport, carbon storage, and hydrogen electrolysis.

The law, however, won’t close the clean energy leadership gap on its own. Lawmakers must consider longer-term assurances to the policies being enacted and reduce uncertainty for corporations able to make sizable investments in cleaner energy technologies. They should additionally consider expanding the low-carbon fuel standards that have proven successful in California and supporting the pipeline industry with retrofitting, so it can transfer hydrogen in places where it once transferred natural gas. Local and state governments will also need to step up, particularly in cultivating third-wave companies adept at storing carbon and repurposing it into new products.

As we contemplate this path, America needs to ensure the oil and gas industry has a seat at the table. Without them, we won’t have sufficient resources to develop renewable diesel or sustainable aviation fuels; retrofit the pipeline supply chain from natural gas to hydrogen; and move, manage, and store captured carbon emissions. If we’re truly serious about meeting our energy goals, we’ll have to not only support the energy transition of the economy, but these companies as well.

Some will want to admonish the oil and gas industry for its past mistakes, especially when it comes to climate change. We should continue to hold the industry accountable, but stopping there would be short-sighted. The best energy technology resides within those companies, and it needs to be unleashed.

Such an approach might be a big ask in a divisive America. But if the U.S. is serious about catching up to the rest of the world, we’ll need to use every advantage at our disposal.

—Amar Gujral is managing director and partner at L.E.K. Consulting and a leader of the firm’s energy and environment practice.