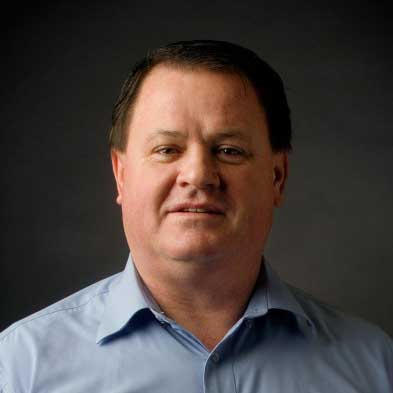 South Africa has the largest carbon footprint in Africa and contributes 40% of the total CO2 emissions in the continent. As the world evolves in response to climate change concerns, the way business is done in South Africa will need to change.

In addition to the critical need for every business to contribute to broadly reducing the carbon footprint, the introduction of a number of policies, incentives, and changes in the business environment are resulting in a rapidly strengthening economic case for renewable energy. With factors such as the Renewable Energy Independent Power Project Procurement Program (REIPPPP), tax incentives for businesses, decreasing costs of solar system components, increasing tariffs charged by Eskom (the largest utility in South Africa), load shedding, and finance options now available, the positive impact to a company’s bottom line is impossible to ignore.

Aside from the well-known cost implications of load shedding for most businesses, this article reviews a few key considerations when thinking about installing a solar power system for your business.

Small-scale embedded generation (SSEG) has been piloted in the Western Cape for a number of years, and other provinces are beginning to follow suit. SSEG refers to renewable power generation under 1 MW, located on residential, commercial, or industrial sites.

Most of the power generated by an SSEG user is consumed on site, but there may be times when generation exceeds consumption, and typically a limited amount of power is allowed to flow onto the municipal electrical grid. One of the major advantages of such a system is that it can help reduce or eliminate the need for backup batteries that off-grid or grid-tied systems often include.

Under a net-metered system, when the solar system generates more power than your business consumes, the excess power goes back into the grid and you receive a credit at a fixed rate. All indications are that the South African government will begin to facilitate SSEG through more active implementation of the existing policy, and more progressive policy changes in the years to come.

Electricity tariffs have increased by 300% in South Africa over the last 10 years. Given the current debt trap caused by new power plants such as Medupi and Kusile, this rapid rate of increase is set to continue into the foreseeable future. According to University of Cape Town’s Energy Research Centre, South Africa has reached a point where electricity generated from new wind and solar power plants is currently 200% cheaper than electricity generated by Medupi and Kusile.

Should a business still feel that they would prefer to purchase a solar system outright, there are some tax incentives available. Not many businesses in South Africa are aware that as of Jan. 1, 2016, an amendment to Section 12B of the Income Tax Act (Act 58 of 1962) provides for depreciation in the year of commissioning of the full (100%) cost of a grid-tied solar PV system of less than 1 MW used for electricity generation by a business in the course of its operations.

The capital depreciation allowances for solar PV systems greater than 1 MW did not change, but the legislation continues to allow full depreciation over three years—50% of the capital cost in the year of commissioning, 30% in the subsequent year, and 20% in the third year. This depreciation allowance for solar PV systems applies regardless of who installs the system for a business, whether by contractors or developers, or paid for by the business in a credit sale agreement (as defined in Section 1 of the Value-Added Tax Act)—either upfront in a single payment or in multiple payments over an extended period.

It is easy to see that government policies and tax law have turned the tide in favor of renewable energy for South African business owners. Installing a solar power system to run a company can pay for itself over the course of its life. With credits granted for excess power production, a spike in tariffs for standard electricity, an increase in access to financing options, and tax incentives for solar power system owners, the economic case for clean energy in this country has never been stronger.

—Glenn Jakins is a serial entrepreneur with a multi-decade track record of taking creative ideas and turning them into successful products that change lives. Currently, in addition to other investment ventures, Jakins is CEO of Humless, pioneering reliable power systems based on clean energy sources.