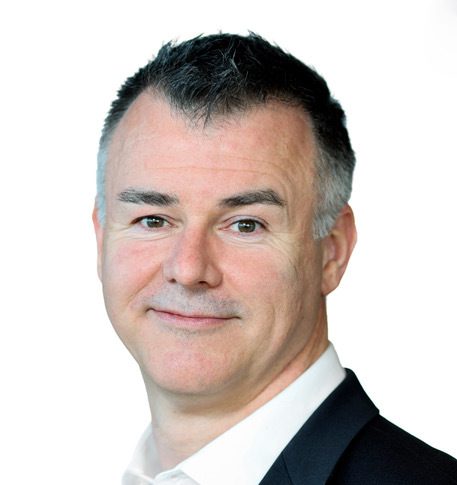 A modern-day gold rush has emerged off the Irish coast that is unlike other resource grabs in Earth’s history—for petroleum, minerals, coal, metals, etc.—because this particular resource is limitless. Harvesting wind energy is in its early days on this breeze-abundant island that boasts 900 miles of coastline and a sea area seven times larger than its land mass, which offers enticing opportunities for U.S. companies seeking profit potential in the European Union.

Wind is now an up-and-coming source of renewable energy worldwide. In fact, 2020 was the best year in history for global wind energy, and Ireland isn’t alone in exploiting this resource. The U.S. Department of the Interior recently announced that the nation will build up to seven major offshore wind farms in a push to supply energy sourced from wind to more than 10 million homes by 2030.

The broad appeal of wind energy is capturing the attention of the business sector. For example, tech leaders such as Facebook, Amazon, and Microsoft are harnessing wind power to benefit their operations as well as become better stewards of the environment. Just coming online is Amazon’s first wind farm project outside the U.S., located in Cork, which will be followed by another in Donegal. Meanwhile, Facebook has signed a deal with a wind farm operator in Tipperary that is part of a bigger project using wind and solar to reduce its greenhouse gas footprint by 75% and to reach 100% renewable energy use this year.

Many U.S. tech leaders have had Irish operations for quite a few years and interest in utilizing wind energy goes back a ways, too. Microsoft was the first multinational company to support a new wind project in Ireland in which the tech giant inked a deal in 2017 with GE so it could tap into the energy produced by a wind farm in County Kerry for its servers while also performing energy trading services. Since then, the wind farm scene in Ireland has been in overdrive.

To understand how this important natural resource is being exploited, Wind Energy Ireland reports that Ireland is number one worldwide in onshore wind energy, producing on average nearly 40% of its electricity needs from wind. This capacity will more than double in the next decade, but the real action is in offshore wind. Current production levels for offshore wind are significantly lower than onshore, making the potential enormous, with projections of 30,000 MW to 40,000 MW potentially available as wind farm builders and government bodies consider how best to tap into this enormous opportunity.

Supercharging the offshore wind farm sector was the Irish government, which set an ambitious target of 70% renewable electricity for 2030 following all-but-certain achievement of a 40% target for 2020. This has led the industry to look at offshore wind farms as the best option for reaching higher levels of clean energy sources. Ireland has the potential to deliver the cheapest wind energy in the world, leaping past polluters like oil, gas, and coal.

At the recent Wind Energy Ireland conference, it was highlighted that Ireland has barely begun to harness the potential of its offshore wind resource, which stacks up very well compared to onshore wind farms. Plus, offshore wind resources have no obstacles—hills, buildings, or trees—obstructing the flow of air. For example, a modern onshore wind turbine built with the latest technology would power about 3,000 homes while a single offshore wind turbine can deliver energy for about 10,000 homes, providing a compelling solution as Ireland scales up its green energy over the coming decades.

Up until now, the vast majority of offshore wind farms have been what’s called fixed offshore, in which the turbines are attached to the sea bed. However, use of a new technology is growing rapidly that provides greater flexibility: floating offshore wind farms. These turbines can go wherever desired at any depth of sea. An intriguing new approach to building these floating wind farms is to utilize decommissioned gas fields, which is an interesting type of recycling.

The Wind Energy conference highlighted that Ireland will need to almost triple the amount of renewable electricity available over the next decade. This is fueled by the efforts of the Irish government to move to renewables as well as overall expansion in the business sector in Ireland, which has the fastest growing economy in Europe, increasing by 6% during the pandemic. All of this creates a massive opportunity for explosive growth in new offshore wind farms that can be exploited by American companies.  Giving these companies an extra boost are research and development (R&D) tax credits when research activities are undertaken, as well as grants and other incentives to help boost the success of overseas companies doing business in Ireland.

Ireland isn’t the only potential user of this renewable energy. Given the abundance of Ireland’s offshore wind resource, the nation intends to offer well-priced clean energy to Europe. Ireland and France are currently collaborating on the Celtic Interconnector, a €1 billion submarine power cable between the southern coast of Ireland and the northwest coast of France that should be in place by 2026.

A major driver for big tech companies like Amazon, Google, Facebook, and others is a commitment to non-polluting energy. This creates an opportunity for American companies to invest in offshore wind farms that can supply the power to serve farms dotting the Irish landscape. The big U.S. tech companies outsource their energy suppliers, so creating green offshore wind farms is a growth industry. All this means that the breezes gusting across Ireland’s long coastline are an attractive, barely tapped resource.

—Ian O’Hora is IDA Ireland’s senior vice president for engineering and green economy. In this role, he is responsible for implementing Ireland’s foreign direct investment strategy in engineering, and delivering IDA Ireland’s foreign direct investment goals for sustainability. Based in Ireland, he leads the engineering and green economy teams in North America, Europe, UK, and Ireland. For more information, visit https://www.idaireland.com/.