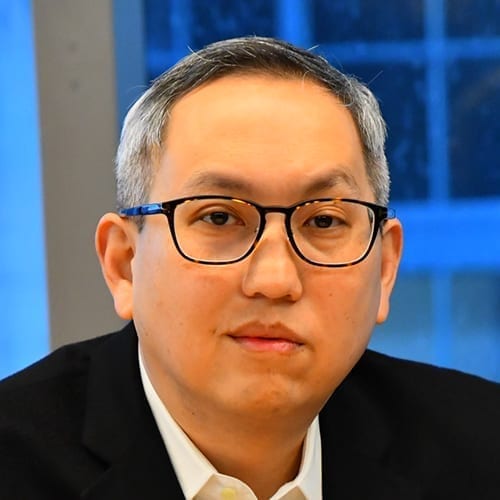 On Feb. 24, 2021, the Biden administration unveiled a sweeping plan to review the U.S. supply chain. The 100-day review will include categories such as computer chips, rare earth minerals, and lithium-ion batteries for electric vehicles (EVs). China is a key supplier of many of these items. There is an increasing realization that the lack of a U.S. supply chain presents an immediate and ongoing national security concern.

Energy storage, in the form of lithium-ion batteries, is one of the most important strategic assets for the realization of the Biden administration’s overarching clean energy vision. Yet, the 100-day review will likely uncover that due to persistent offshoring of manufacturing to Asia, the U.S. is utterly reliant on foreign producers for batteries supplied to our military and emerging growth markets such as EVs. Building a domestic battery supply chain to a level that’s sustainable will require major investment, intentionality, and long-term thinking. There are, unfortunately, no quick fixes with respect to batteries.

The U.S. has succeeded at generating value with both battery innovation (as evidenced by two Americans receiving the 2019 Nobel Prize in chemistry for the invention of lithium-ion battery technology) and battery-enabled devices (such as iPhones). But over the last two decades, U.S. companies have opted to offshore battery production to Asia (most often to China), leading to a major bottoming out of the U.S.’s presence in the manufacturing stage.

The rationale for this is simple: battery production is a tough business. Batteries have very tight margins, often require huge amounts of capital investment, and bear incredible risk, with the possibility of quality recalls, for example. There is good reason few companies attempt to bring back lithium-ion battery production to North America, even in light of the more than 10 emerging U.S. EV companies that have recently gone public. The path of least resistance would be to rely on existing foreign Tier I battery producers to take those risks in the U.S., as is starting to happen with partnerships between GM and LG Chem, or Ford and SK Innovation. This is an important step in the right direction.

However, relying entirely on foreign producers would be a mistake. From a national security perspective, battery production is a strategic asset within the battery supply chain. As The Wall Street Journal recently reported: “The rise of rechargeable batteries is now a matter of national security and industrial policy. Control of the minerals and manufacturing processes needed to make lithium-ion batteries is the 21st-century version of oil security.” Batteries are integral equipment in U.S. soldier missions. The U.S. should not rely on foreign adversaries for access to mission-critical gear.

Further, battery performance and production determine EV range, price, and performance. It would be a shame for U.S. companies to miss out on the extensive growth opportunity—an estimated 29% compound annual growth rate (CAGR) for EVs over the next 10 years—presented by batteries in the EV race.

So, what should the Biden administration do to breathe life back into the North American battery supply chain? There are a few things. Some are in motion already, and some will require more work to become reality, but the time is right for the president to focus on all of them.

Support the Full Value Chain. To establish full supply chain security, the U.S. will need to establish domestic producers through the value chain, from materials mining to battery production. Initial efforts by the Federal Consortium for Advanced Batteries (FCAB) to “innovate here, make here, and deploy everywhere” should be doubled down on. We should also watch similar European efforts to support a full supply chain closely, so we can gather lessons learned.

Premium Market Pull. The “Buy American” concept is nothing new. The U.S. government can be an initial customer of U.S. battery companies to help de-risk early scale-up efforts. Rather than directly subsidize or set up certain companies, which has proven unsuccessful in the past, the federal government can leverage its large buying power to support emerging battery supply chain entrants at practical scale and cost levels.

Biden’s recent announcement to convert federal fleets of vehicles to electric ones is a step in the right direction. Shifting to EVs powered by strategic American technologies and components (such as batteries, anodes, cathodes, etc.) at margins that can nurture U.S. businesses is a winning strategy.

Create U.S. Linkages. The U.S. can support consortiums and partnerships throughout the value chain to link supply and demand for a U.S. battery industry. In the past, government funding to directly support battery and battery component producers failed as demand failed to materialize as the new battery components came online. This was partly due to market timing; the EV market was still far from achieving mainstream acceptance. The current environment is different, as battery costs and performance now allow EVs to rival gas-powered cars. Further, partnerships and integrated production agreements will ensure government support results in real market traction. Recent studies and announcements indicate that direct battery to vehicle integration can extend range as much as 20% (versus module and pack integration). Synergistic partnerships make more sense than ever.

The Biden administration is making promising strides into the development of our nation’s clean energy sector and our economic growth as a whole. Recent executive decisions show the administration’s foresight in shoring up the U.S. battery supply chain as an emerging national security concern and U.S. economic growth opportunity. The right industrial policy, which can kick-start a U.S. battery supply chain, is an important step to making good on national directives, energy security, and long-term economic revitalization.