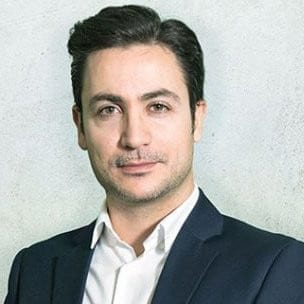 2020 was a lot of things, most of them sombre. However, there is one positive way I believe we in the distribution grid sector can describe the year, as an inflection point.

In years to come, we may well look back on 2020 as the year when terms like “energy transition” and “digitalization” finally began to feel less like buzzwords and more like lived reality in our sector. With that in mind, let’s review what we learned and what changed last year; ask ourselves which changes were due to natural progression and which were down to the unique timbre of the year; and what we can hope and expect from 2021 as a result.

Through the worst of the pandemic, the lights did not go out, even when workforces were forcibly relocated to kitchen tables and were depleted by staff being sick or self-isolating. For that, distribution system operators (DSOs) are rightly proud.

But not only did the sector keep the electrons flowing during these challenges, it also maintained its forward momentum. The energy transition never halted. Electric vehicles (EVs) continued to win market share, solar photovoltaic panels continued to be installed, and DSOs continued to execute their digitalization plans. While world leaders may have been forced to call off COP 26, the engineers and programmers on the ground doing the hard yards of rethinking the energy system carried on much as before.

When I spoke to DSOs seven or eight years ago, these trends could not be taken for granted. You had to make the case that transition and digitalization were coming or that EVs would take off, before you could start a conversation on what those plans might be. Two or three years ago, those arguments were generally accepted but still often seen as a problem for the future. By the time 2020 arrived though, almost all DSOs had accepted the direction of travel and a need to plan ahead.

That said, some are ahead of others. We can track progress on two metrics: movement from a tactical to a strategic approach to the energy transition and digitalization (one could also say from reactive to proactive), and from low execution capabilities to high, in terms of human, technical, and financial resources. That gives us the following four groups:

What we have seen is an accelerated trend toward strategic thinking. Utilities have taken more steps, more quickly, to move from Category 4 to Category 2, and from Category 3 to Category 1. This was the direction of travel already, but this year has seen a step-change. Why might that be?

The Year the World Stood Still

We have already noted that part of the pressure for greater strategic planning comes from long-term trends—EVs, PV, and so on. We can also add that, with each year, the new graduate entrants into the workforce bring more digital skills and expectations into the sector. However, 2020 undoubtedly added an additional catalyst. Why would 2020 specifically have made DSOs look more closely at strategic digitalization? I can think of a few reasons.

One is operational. The pandemic has forced us all to rely more on remote working, and reduced utilities’ ability to monitor and maintain their networks using a small army of field engineers. Instead of sending people to where the data and information can be found (though it was rarely measured with regularity, in reality), it has become necessary to send the data and information to where the people can be found (to their homes).

This entails a more digital, transparent grid. It means sensors collecting data throughout the distribution grid at both medium- and low-voltage (MV/LV) levels—something traditionally only done at MV level (and then only sparingly due to cost). It then means using advanced analytics to make sense of that data from afar, without the luxury of extensive physical inspection.

Secondly, there are economic reasons for more digital grid planning. Most DSOs are publicly funded and may be anticipating tighter budgets when the pandemic eventually subsides. Though it may seem counterintuitive to therefore spend on digitalization, that’s only the case if you compare it to investing in nothing.

In reality, DSOs are always having to make investments in anticipation of and response to grid issues. Typically, this takes the form of grid reinforcement: adding new cables, transformers, etc., to bolster the distribution grid where there are concerns over capacity or faults. This is incredibly expensive, and utilities are almost certainly over-spending as they are forced to take a “better safe than sorry” approach whenever there are question marks. What transparency and digitalization do, however, is remove those question marks so that the utility only spends on reinforcement when absolutely necessary, saving money in the long-run while improving performance.

So, what are our hopes and expectations for 2021? First, I believe we will continue to see movement from tactical to strategic approaches. Those acting tactically now will begin to put strategies in place. Those already taking strategic approaches will refine them based on early findings and better data. The energy transition has momentum in this respect—there is no going back.

However, there remains work to be done on the other metric: the capabilities of the DSO to execute those strategies. There has been good progress on this front, but some significant hurdles remain. For example, the budgetary and governance models of many DSOs create a built-in bias toward capital expenditure (capex) over operational expenditure (opex). This is due to the historical emphasis on grid reinforcement projects and has worked well in the past. However, software and solution-based investments are ongoing initiatives, and more typically made using opex funds.

This inherent imbalance needs to be addressed in order to free DSOs to pursue strategic digital initiatives. However, the problem for publicly funded and regulated bodies is that change can take a long time. In most European countries, for example, regulations typically move on a four- or five-year cycle.

The bottom-line lesson from 2020 is that things are changing, but not at a speed in-line with the urgency of the energy transition. It is my expectation for 2021 that we can find ways as an industry to accelerate this; it is my hope that we can do so significantly.