This spring, Xcel Energy, along with state and technology partners, is set to test what the utility says is the first battery capable of storing wind energy. The ability to store energy from renewable generation sources with variable output is key to maximizing the value of renewable power in general and to Xcelâ€™s “smart grid” plans in particular.

Xcel bought the battery technology (Figure 7) from Japanâ€™s NGK Insulators. The batteries already are used in Japan to store wind energy. They are used in the U.S. for nonwind applications. 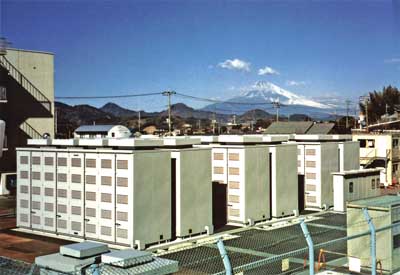 The system consists of 20 50-kW modules the size of two semitrailer trucks stacked on top each other weighing about 80 tons. The sodium-sulfur (NaS) battery stores a full charge of 7.2 MWh of electricity.

The University of Minnesota will analyze the pilot project. Other participants include the National Renewable Energy Laboratory and the Great Plains Institute.

The price tag for the battery installation and testing is estimated at over $5.4 million. Xcel has invested $3.6 million in the project, the Minnesota Renewable Development Fund has invested $1 million, and GridPoint has invested $750,000.

Xcel recently announced the development of 351 MW of new wind energy production over the next 24 months and $900+ million in plans to increase its wind capacity by 10% (including a 201-MW project in southwest Minnesotaâ€™s Nobles County and a 150-MW project in Dickey and McIntosh Counties in southeastern North Dakota).